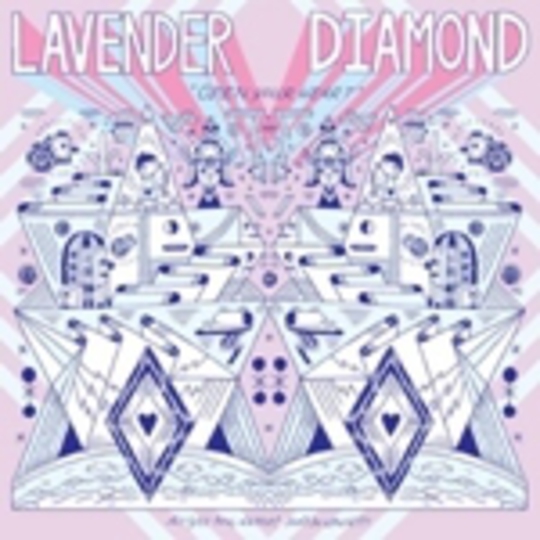 Thanks to global warming, warm sunny days are now arriving earlier and earlier. Which means only one thing: we have to start looking for the perfect song to soundtrack the long days of drinking warm beers in the park, and coping with the agony of third-degree burns from those occasions when you forget to bring the sun cream, at a much earlier date than we used to.

The first single from Imagine Our Love, Lavender Diamond’s upcoming debut for Rough Trade, ‘Open Your Heart’ is an early contender in the race to soundtrack our days of booze-induced sunstroke. It’s a rich dose of dreamy orchestral pop with one foot firmly rooted in the indie present - as previously championed by the likes of the Concretes – while the other dips a toe into the folkie songwriting that defined the West Coast Laurel Canyon sound of the ‘60s and ‘70s. Lyrics like “Open your heart, and tear it apart”, which could have been sickening in their earnestness, are thankfully elevated from saccharine by frontwoman Becky Stark’s gorgeous vocals, revealing a sincere display of joyful emotion that veers away from the self pity frequently touted as artistic sincerity in this day and age.

Also featured on this single is a cover of Lavender Diamond’s ‘Oh No’, performed by the Decemberists' Colin Meloy, and a rendition of ABBA’s ‘Chiquitita’, featuring indie actress du jour Zooey Deschanel on back-up vocals. Meloy’s acoustic strum of a cover suffers purely from the fact that his voice lacks the richness of Stark’s, while the simplicity of the ABBA cover and its straightforward approach prove Lavender Diamond are a band unafraid of parading their hearts, and love of unabashed cheese pop, around on their sleeves.

Does ‘Open Your Heart’ solidify Lavender Diamond’s growing reputation for crafting nuggets of pure pop bliss? We’ll only know for certain over the coming months, but, based solely on the strength of this single, all signs point to yes.