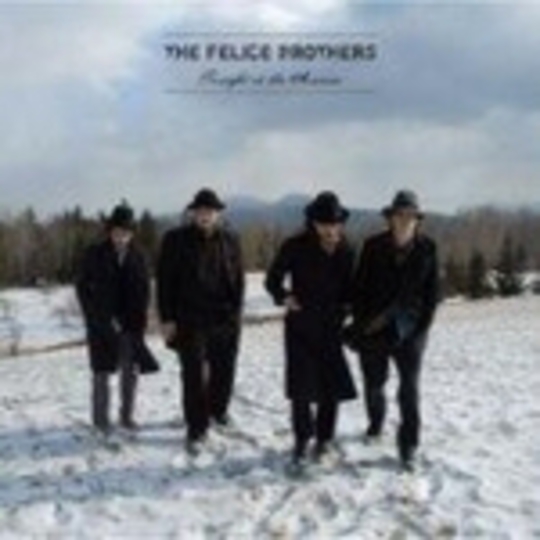 2007 might yet be the year to start a fresh country revival. After the pleasant surprise of Kamikaze Hearts’ Oneida Road and its tales of small-town security and big ambitions falling by the wayside, a new group follow hot on their heels.

Fresh of face but haggard of voice, The Felice Brothers have weathered a few storms, quite literally. Composed by the (unschooled) eldest three boys from a carpenter’s family seven children strong, along with their runaway friend called Christmas, Tonight At The Arizona documents the reality of happy endings not being one of life’s guarantees. From teenage pregnancies and the study of your firearm as you contemplate suicide, to being arrested for the drugs you were dealing to pay for your mother’s medical bills, the gritty contents are delivered with a wavery-voiced nod to all-time greats Dylan and Guthrie, backed by wailed group choruses liberated from hick bars and films set in the Deep South.

Perhaps unsurprisingly, it is not an uplifting experience, especially given that the pain-wracked vocals and low-key feel of the dulled acoustic guitars and brushed drums add an extra measure of suffering to the already downbeat subject matter. They’ve obviously weathered some storms, both metaphorically and literally. This much is evident from ‘Hey Hey Revolver’, in which the simple acoustic guitar riff in the introduction cracks loudly and momentarily cuts out as the recording equipment is struck by lightning, the thunder exploding behind them just as the vocals begin for deliciously-accidental dramatic effect.

Initially, their pain is quite beautiful. Opening track ‘Roll On Arte’ packs an outstanding melody, each line starting high and gradually dropping low in unison with the bass; the similarly-suffering Mark Everett doing the same thing a few years back with the title track from Eels’ Daisies of the Galaxy album. It even shares roughly the same tempo and time signature, and it’s as effective now as it was then. But as the album progresses the melodies tend to thin until each sounds the same, broken up on occasion by the caterwauling of more upbeat numbers.

On this livelier side of things, ‘T For Texas’ and the live version of ‘Take This Hammer’ are both hearty (if repetitive) sing-alongs whose Catskills-rockin’ caterwauling communicates a good atmosphere, although seemingly more about enthusiasm than being in tune. Despite the moments of elation though, Tonight At The Arizona remains a quite sombre experience. Even ‘Your Belly In My Arms’, a tale of two parents-to-be speculating on the future of their unborn child, is lost amongst the heavy-hearted surrounding tracks on account of its similar delivery, despite being the one moment where it should be at its most peacefully reflective.

But these criticisms don’t mean that Tonight At The Arizona is not an album worthy of attention, just that there’s the occasional air of disappointment when you consider the strength of its opening track, and what it could have been. Should they refine their songwriting, there’s no reason why The Felice Brothers shouldn’t eventually emerge triumphant.