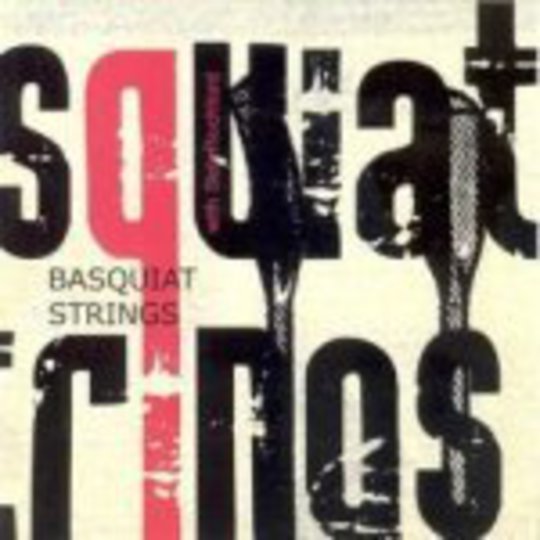 There’s a definite charm in the debut album from Ben Davis' Basquiat Strings group. The band brings together a somewhat idiosyncratic mix of jazz and classical, propelled by a string quintet and the rhythmic drive of jazz drummer Seb Rochford (Polar Bear, Acoustic Ladyland). It’s a project which, if left in the wrong hands, could sound horribly average. These players are prodigious talents though, and their unlikely take on modern jazz is much more than just a gimmicky ploy for attention.

The F-IRE collective is a jazz community based in the UK which promotes and aids musicians to spread their talent. Basquiat Strings and its members are a part of this collective, so it’s no surprise to hear consistent quality in their art. Basquiat Strings with Seb Rochford is a result of years of well-honed musicianship, the close listening of modern jazz, and a desire to take their music forward. The album is the result of logical experimentalism; the work of a string quintet who think freely, a group of individuals who are able to not only adapt, but to transform themselves into a group comfortable in uncharted territory.

The band’s astute playing is best heard on the album’s opener. ‘Double Dares’ _is a tightly woven song full of frenetic energy, styled by continually changing layers of violin, cello and double bass, and set to the forward march of Rochford’s rhythmic appendage. It’s an exciting track, not least because of its urgency to set out its clearly defined aims for the record. The group’s collective love for modern jazz is re-affirmed in their covers of Wayne Shorter’s _'Infant Eyes' and Ornette Coleman’s ‘Lonely Woman’. Aside from this, their self-styled take on jazz sounds akin to a Mingus record in the way the songs have been constructed.

Having someone as prolific as Rochford on the album may well have garnered the project more attention from the press. However, the drummer isn’t the star of the show here. It is, in fact, the players of the string section who come across as the most noteworthy. They take the heart of jazz and carry it to new places. Forward thinking has rarely been this engaging.