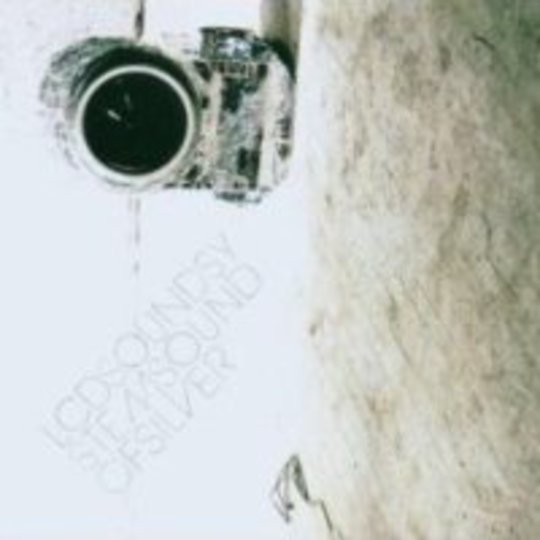 It’s a little disappointing really, given that the UK is apparently in the midst of a fifth summer of rave, that LCD Soundsystem’s James Murphy, one of only a handful of indie-dance’s genuine titans, finds himself as some sort of relic of three years’ past. Because, despite the fact that everyone’s ‘on’ one and the only relevant sound one is allowed to make with a guitar is that of a daft-punky club-toilet-door tone, LCD was probably old-nu-rave. Right?

A bummer. And it’s only because James Murphy is nearer to 50 than zero (and also isn’t Bono) that he’s not residing on the cover of various rock monthly and weeklies. We assume. Well it’s not due to Kasabian, Klaxons or anyone else having made a more cerebral, visceral or downright awesome record.

Given his persona as the grumpy techno fan-boy made good, probably the most vital thing that Sound of Silver can achieve is for Murphy to be recognised as a class songwriter and musician is his own right. Because, while opening track 'Get Innocuous’ gently apes his own ‘Losing My Edge’ for the first minute and a half, the rest of the LP gradually moves onwards and upwards; either improving and tightening the previous template, or trying new things altogether.

Three songs in, it sounds like a better, refined, tighter LCD. By the end of the nine-track, 55-minute journey, you realise that this is LCD 2.0, not just a rebooted version 1.1. Because, whilst single ‘North American Scum’ is the same wise-ass persona with beats as portrayed on the likes of ‘Daft Punk Is Playing At My House’, come the elliptical, mesmerising ‘Someone Great’ – which sounds like a gossamer Human League in an ice palace – you realise that Murphy has not so much added extra strings to his bow as fashioned a whole new one. The best is ‘All My Friends’, which rattles hypnotically along on electric piano in David Byrne-like fashion, with Murphy musing over the oddities of life and success: “You spend the first five years trying to get with the plan, and the next five years trying to be with your friends again,” in an almost narrative monologue-style ballad. It’s a wonderful and quietly affecting track. Perhaps more so because no-one was entirely sure that he had it in him.

At eight-and-a-half minutes long, ‘Us V. Them’ is the album’s centre point, a funked-up stew of cowbells, fast-paced beats and lazy, chant-like vocals. Nicely bringing the album to a slinky near-conclusion, Sound Of Silver is a restless, ambient soul effort. Ultimately closing the record is ‘New York, I Love You But You’re Bringing Me Down’. Inevitably, much will be made of the song that sounds like Lou Reed gone showtune: it’s a ballad! There’s no beats! The only necessary point to make is that it’s a song, and a pathos-laden, wry and thoughtfully well-written one at that.

Sound of Silver is a better record than anything you will hear from these shores this year, at least in terms of making you shake your booty, rediscovering the Human League, remembering that Talking Heads are still amazing (sorry, I know they were oh-so 2005, you frivolous taste-monkeys) and realising that New York is still the best city in the world. Period.