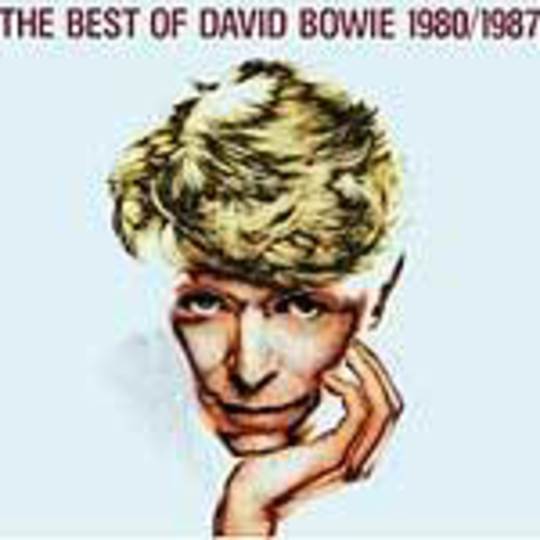 You've got to hand it to EMI; this is the last compilation I thought they'd issue, given that the 1980s were a particularly bleak decade for David Bowie. It was a stretch which saw his fame and album sales shoot off the charts, while the quality of his music plummeted. All in all, it was particularly painful period for Bowie and his fans - the only people who had any fun were the critics who'd hated him since the beginning. Even Bowie himself eventually told one magazine ahead of the release of 1995's Outside, "I was so safe in the ‘80s. God, it was awful."

The reason Bowie's ‘80s output is panned in hindsight - because it's worth remembering that, at the time, his discs sold by the truckload - is because he had spent much of the preceding decade making genius look easy. Not only was he recording music of a staggeringly high quality, it was produced at a prolific rate - during the 1970s, Bowie steadily churned out an album a year (sometimes two). By 1980, he'd amassed an enviable back catalogue containing around ten classic albums. He'd run the gamut from folk to glam to disco to art-rock and presented visionary readings of them rather than straight rips. He'd mid-wifed punk. He'd inspired countless imitators and created a set of extraordinary rock images in the process. Best of all he'd recorded some incredible singles - most of which can be heard on the first two discs in this series, The Best of David Bowie 1969-1974 and The Best of David Bowie 1974-1979.

Given that EMI could issue two compilations to split an entire decade down the middle (which contain nearly 40 songs combined), the 19-song track listing from this disc only serves to reinforce how much of a creative slump Bowie entered during the ten years that followed the release of Scary Monsters. And to illustrate just how steep the drop off in quality of Bowie's work was, it's worth pointing out most of this tracklisting was either recorded between 1980 and 1984 or for motion picture soundtracks. Strip that music away and just four songs are left to represent two whole albums. You could debate that, technically, this compilation only covers the first seven years of the 80s, but that argument falls down when you remember Bowie spent the final three fronting Tin Machine - and no one seems to be in a rush to reissue their albums.

That having been said, there are a clutch of songs on this disc that demonstrate that, even when Bowie was on his way down, he could bang out a decent tune or two. Ironically, it's his oldest work here that sounds the least dated - the songs representing Scary Monsters don't seem to have aged since they were recorded, with perhaps the exception of the b-side cover of 'The Alabama Song' which has to be one of the worst renditions of this tune of all time. 'Modern Love', 'China Girl' and the title track of Let's Dance sound very much of their time, even if it is easy to see why they were instrumental in catapulting Bowie's album sales skyward. Even the four songs that came off Tonight and Never Let Me Down sound solid if a little safe; after a couple of listens to 'Blue Jean' and 'Time Will Crawl' you might even be fooled into thinking they're worth buying (they aren't).

The non-Bowie-album tracks are of a pretty high calibre, and demonstrate a little more range - Bowie dipping in and out of styles both synth-based and more organic. You'd be hard-pressed to pick the top among them - although the duet from Hot Space with Queen, 'Under Pressure' and the cold, sweeping theme tune from The Falcon And The Snowman, 'This Is Not America' are probably the most recognizable.

There's maybe one glaring omission - 'Never Let Me Down' continues to be one of Bowie's most underrated songs - and a couple of narrow escapes - no 'Dancin' In The Street' with Mick Jagger? Thank Christ! - but, mostly, a great job has been done of collecting arguably the best songs by an artist whose output became an uphill battle. After capping off one of the most fertile and productive streaks in musical history, Bowie was to enter something of a creative wasteland. It would be roughly 20 years until he found his way back in 2003 with Heathen.

Explosions In The Sky at Koko, Camden Town, Thu 01 Mar