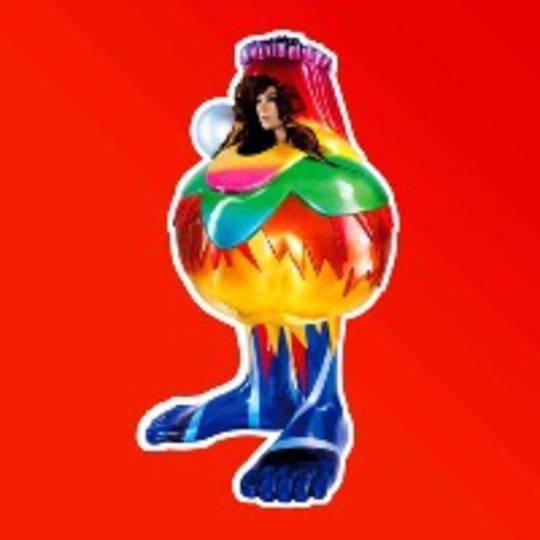 “I have lost my origin,” remarks Björk on this, her sixth studio album proper disregarding remix records and that 1977 ‘debut’, with more than a semblance of surprise in her voice. Yet anyone who has run parallel with her unique trajectory since 1993's Debut knows only too well that the inspirational singer left her roots to wither many a moon ago; an international traveller and a homemaker on various continents, Björk’s ancestry might be Icelandic, but she is the epitome of a global artist, a child of the Earth rather than merely an export of an island on a wind-blasted and ice-sheeted northern hemisphere.

The song in question is ‘Wanderlust’, track two of ten on this highly anticipated long-player, the follow-up to the puzzling, if occasionally stunningly beautiful, Medúlla of 2004. While her previous album was a piece of work that stood entirely separately from its preceding catalogue, with Volta Björk has skilfully, if not intentionally, blended successful and lastingly affecting elements of her canon to date: listen enough, allowing Volta to reveal its many facets over time and careful attention, and echoes can be heard: Vespertine and Homogenic dominate, but the playfulness of Debut also bubbles upwards from Björk’s forever-young soul.

‘Innocence’, the next single to be drawn from this LP following its lead standalone ‘Earth Intruders’ (which opens proceedings here), is one example of Björk’s breakthrough solo album spanning a decade and a half, almost, to aid the creation of an entirely contemporary song. Set to Timbaland-crafted beats of utmost incessancy, Björk’s vocals are squeals of delight, yelps of exhilaration; she’s singing with a smile, for sure. The subject matter at hand – the thrilling nature of feeling fear, and the fearlessness of reckless youth – is entirely secondary to the propulsive arrangement and overall tone of sole-tickling excitement; “Let’s open up,” she proclaims, as if unaware that she’s doing just that in the most brilliant way imaginable. It’s truly pulse-quickening.

Timbaland is not the sole big-name collaborator here – Antony Hegarty’s brace of duets are as effective as fans of his ...And The Johnsons work will expect, but because of his status as A Truly Acquired Taste, those already on edge at the merest syllable to spill forth from Björk’s lips will find ‘Dull Flame Of Desire’ and the closing ‘My Juvenile’ unbearable. Of the two, the former, arriving at three, is the most immediately gratifying: compositionally bold, full of sweeping strings and huge flourishes of spectacular and voluminous sound, the kind that totally envelopes its listener, it builds to a stunning climax and morphs silkily into the aforementioned single-to-be. So far as segues on Volta go, it’s the most head-turning rewind that right now between-song few seconds on show.

Initial listens leave the impression that Volta is a top-heavy release, but as with Vespertine repeat visitations see the record smoothing and flattening out, with consistency becoming apparent over a shorter period of time than with many a Björk LP before it. If one song lets the side down it’s ‘Declare Independence’, a song apparently dedicated to The Faroe Islands and Greenland, both of which are governed by Denmark. “Declare independence… don’t let them do that to you,” advises our shrill-toned protagonist over the top of what sounds like a ZX Spectrum loading up popular beat ‘em up Renegade, filtered through a hundred fucked-to-blow amplifiers. “Make your own flag…” and then THUD THUD THUD… “higher higher higher…”. It’s all a bit Atari Teenage Riot, and probably would have sounded decent on the tail end of Homogenic, as a companion piece to the equally bombastic ‘Pluto’. Here, though, it’s a little much when compared to the tracks that sandwich it.

Said awkward few minutes aside – and, everything being subjective, many will no doubt take to the piece in a way that these ears can’t – Volta _is a success. While it is a more straightforward offering than the album that immediately preceded it, when the artist in question is a maverick unlike all but very few peers ‘straightforward’ is never quite as straightforward as an on-‘paper’ critical assessment like this suggests. Anyone with half their brain cells yet to be eradicated by playing British Bulldog between mobile phone masts will already know to expect the unexpected on _Volta, and it largely delivers.

Björk’s origins might well be lost in the mists of time, but we’re not as concerned as she is: we’re far more interested in where she’s headed, even at this point of her career. This is no sidestep, despite the recalling of past achievements; it takes one step back to fly a dozen forward, and leaves the listener bewildered at its incredible execution.