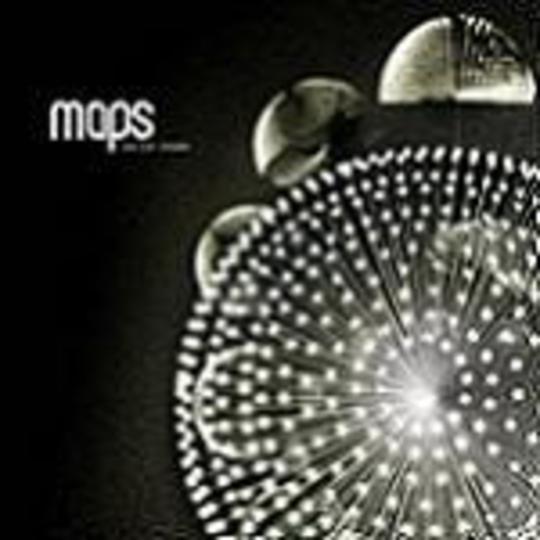 A brief description of shoegaze:

“Shoegazing (also known as shoegaze or shoegazer; practitioners referred to as shoegazers) is a genre of alternative rock that emerged from the United Kingdom in the late 1980s, lasting until the mid 1990s. The shoegazing sound featured extensive use of guitar effects, and indistinguishable vocal melodies that blended into the creative noise of the guitars.”

Ten years on from its demise, bedroom-bound upstart James Chapman (aka Maps) arrives to proverbially dig up shoegaze’s grave. It’s okay, though; don’t panic! This isn’t a straight-up clone of what was riding high circa 1995; Chapman’s debut album is a record spun with integrity and a dialogue all of its own.

We Can Create brings shoegaze into the 21st Century, drawing both from the genre’s roots (Slowdive, My Bloody Valentine) and the forerunners of its latest reincarnation (M83, Ulrich Schnauss). No, this isn’t just a tenth anniversary history lesson – it’s as much a part of the present as it is imbued with the past.

Maps try their hardest to make a good impression. Opening with the colossal sprawl of ‘So Low, So High’, Maps (i.e. Chapman, for it is he and he alone, here) use stand-out processed guitars revolving around a beautiful motif of sampled orchestration. Electronics are the key weapon in Maps’ armoury, with computer-driven sounds preferred over traditional instruments to harness the loud/quiet sound, typical of shoegaze. The impression registered isn’t limited to the opening track, though –throughout We Can Create’s tenure there are many moments of aural bliss. Saying that, the bulk of the album’s highlights do come within the first half (‘Elouise’, ‘It Will Find You’), with the less-obvious standouts in the second requiring multiple listens before their true colours shine.

The only major criticism of We Can Create is directed the way of Chapman’s languid attempts at adding heart to the mechanics of the electronics. His vocals often sound lifeless and awkward, jarring clumsily against the bleeps and clicks of his own beats. A recurring sentiment that rears its head many a time on We Can Create is that Chapman should concentrate on knob twiddling and let someone else take over on vocal duties. Here, they appear as a lazy afterthought.

Mostly, though, the debut album from Maps is a resounding success. Maybe – just maybe – it will be a catalyst in helping to spawn a new scene under the guise of ‘shoetronica’.

A brief description of ‘shoetronica’, then (with tongue firmly in cheek):

“Shoetronica is a genre of alternative rock that emerged from the United Kingdom in 2007. The shoetronica sound featured extensive use of processed beats, and indistinguishable vocal melodies that blended into the creative noise of the guitars.”