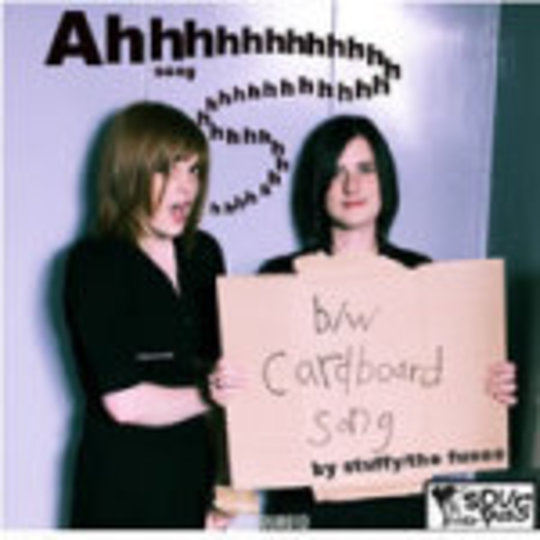 Note to bands: just because your CD bears the mark ‘recorded by Steve Albini’, don’t think it will save your songs from insignificance. Case in point – Stuffy & The Fuses – whose new single ‘Ahhhh Song’ scales the depths of mediocrity, as low as it goes before attaining the label of ‘utter turd’. I should have known, really: many of the songs I’ve heard with the noun ‘song’ attached on the end have been 'utter turd' – The Aliens with ‘The Happy Song’, Las Ketchup with their eponymous ‘The Ketchup Song’, Merzbow’s ‘Anti-Whaling Song'. Okay, I lie: that Shellac song about the Goddamn squirrels is exempt, but need I go on?

There’s not too much wrong with ‘Ahhhh Song’ per se – but I can't see why anyone would actually care about it. Weak vocals, a limited three-chord guitar chorus, and lyrics that pass you by without anything interesting to say – this single is decidedly average. Stuffy and co. seem to have all the right influences, but they haven't made notes on what made these bands special. “XTC pop at Fugazi volume” say_ Artrocker_ magazine – Stuffy can only dream of equalling the end result of that comparison. Self-fulfilling prophecy doesn't seem to be working in this instance.

Really, my heart goes out to those who are coerced into buying this on the strength of the brilliant band name or the all-powerful Steve Albini tag. That’s the cost of your lunch and four minutes of your time down the drain. DiS offers out its deepest sympathies.

Bonde Do Role With Lasers