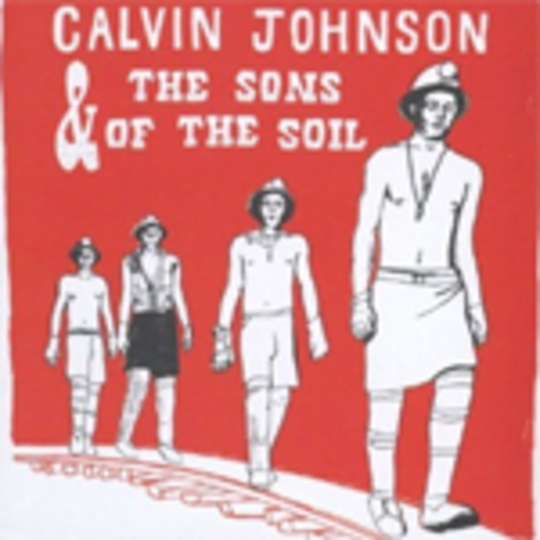 It would seem accidental counterculture figures that came to characterise American lo-fi in the 1990s are getting misty eyed. Sebadoh are speaking again; not so long ago Will Oldham was donning his Bonnie ‘Prince’ Billy clobber to revisit Palace Music; and now K Records legend Calvin Johnson, a man who’s nigh-on defined DIY label craft, has chosen to scan his dizzying discography as updated for the year 2007.

A pillar of Beat Happening – that they have a chapter devoted to them in peerless underground rock read Our Band Could Be Your Life is good enough for us – since then, Kurt Cobain-approved Johnson has diligently plied his smart-voiced trade with varying success through a mini-myriad of projects. The Halo Benders, Bikini Kill-forerunners The Go Team (not that The Go! Team, although you assume the former are the reason for an exclamation mark in the 21st Century pretenders), or even Johnson’s government-named tinkering might not have captured the raw glory of BH, but they have contributed to a significant body of work.

The Sons Of The Soil, an assortment of K-affiliated dudes hell-bent on giving Johnson’s previous work a loving spit ‘n’ polish, aid the man himself on a noble mission which entertains as much as it, if we’re honest, frustrates. Johnson’s vocals rarely stray from insightful, but do often come across with the smug aura of Silver Jews leader David Berman if he were hooked on self-referential artistic criss-crossing. A few tunes – ‘Cattle Call’ (parts one and two) and ‘Tummy Hop’ – are live versions, breaking the momentum with some sort of satisfying sabotage. The studio cuts, in slight comparison, seem more grown-up barroom takes on the originals.

And while ...Sons Of The Soil isn’t necessarily a record to bowl over a generation of fresh fans, especially as it was laid down almost four years ago, it is testament to Johnson’s steadfast refusal to compromise his fiercely independent art.