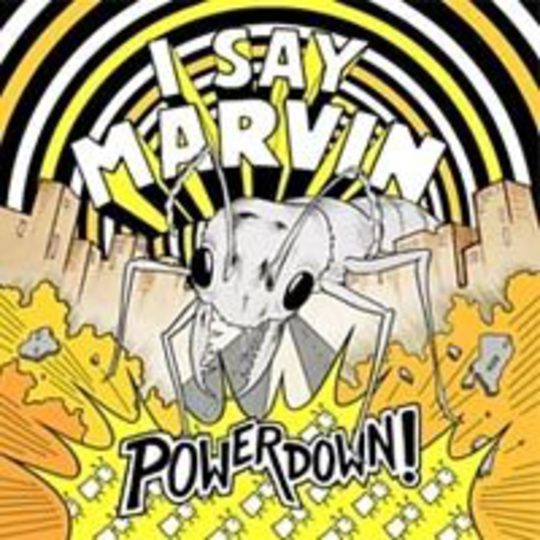 Ever had the feeling where you just want to hate a song - and a band for that matter - without ever actually having to hear it?

Well I Say Marvin are this week's contenders. I mean that name: what do you say, Marvin? Why do you say Marvin? Can I say Marvin's a **?

Briefly glancing through the band's origins and rather sharp rise to prominence before a record’s even been released sets alarm bells ringing. Should we really be encouraging people like this to make music, let alone advising you, the record-buying public, to invest your hard-earned pennies on this piece of plastic?

If 'Powerdown' is anything to go by, then the answer is a resounding yes. While the bleeps are in the right places to give I Say Marvin some kind of kudos with the scenester rave crowd, this two-minute gem bounces around like a four-year-old enjoying its first venture into the world of bouncy castles and has a distinct message for any of the haters out there attached to its chorus: "I don't care about anybody else but me!"

I guess that must mean yours truly then. Time for some egg removal from one's cheeks...

Ghost On The Motorway

I Know What You're Doing Tonight