Nothing To Be Done / Ageing Had Never Been His Friend 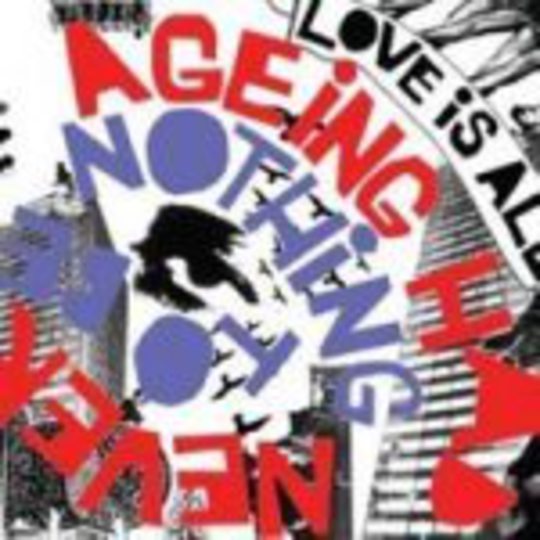 Psst. All these bands nowadays, they use disco beats. Had you noticed? Lots of them have shouty girl vocals too. It's supposed to be liberating, I suppose. Throw in some synths and some scratchy (don't you love the word "scratchy" when it's describing guitars?) guitars, and you'll probably have an image in your mind of every band ever to release a single in the last couple of years. So how is it that Love Is All, a band who embody every facet of that most predictable of archetypes, manage to make all that bollocks utterly irrelevant?

Simply, there is much life in their recordings. Joy, even. For a band with a name that plainly asserts the most essentially romantic maxim of the 21st century, you'd expect a little joie de vivre, wouldn't you? There is blood rushing in and out of 'Nothing To Be Done' (a cover of an old Pastels song), from its Arthur Lee-esque guitar squeals to its pleasantly cooed vocal. Taking the source material and stamping all over it like this could have been criminal, but it merely ends up being sublime in the hands of Love Is All. Similarly, 'Ageing Had Never Been His Friend' pulses superbly along, never stopping for anything as useless as a breath or a thought for all those gloriously skew-whiff horns and saxes.

It's all dashed off like it was thought up yesterday, simultaneously disposable and vital, as if we've stumbled into their practice room at exactly the correct moment. Thank goodness we stopped by, eh?