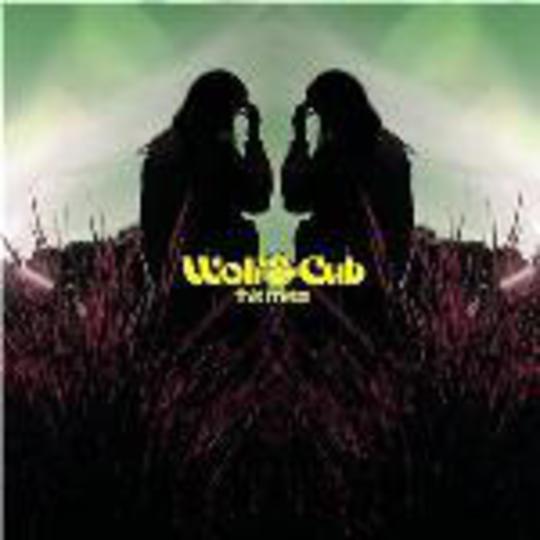 Aussies with itchy ants in their tight pants, Wolf & Cub roll, rollickingly, like so many other dance-rockers: ‘This Mess’ rides on a fine beat, filling three-minutes-fifty of otherwise dead air perfectly well. Stick it on in a club and watch the floor buckle; hear it groan along to the tsk-tsk hi-hat action. And then stand back as a procession of blank-faced revellers forget what it is they just heard.

‘Cause that’s what ‘This Mess’ is: perfectly acceptable and brilliantly forgettable dance-floor fodder, like Death From Above 1979 blessed with more limbs but less of a bump ‘n’ grind attitude, with less of a “You, and me, against that wall, now” mentality. This is a song you won’t be making love to ‘less your sole position is straightforward missionary all the way to the bank. Which you inevitably reach in under two minutes on most sexual misadventures.

It doesn’t matter whose pulling the strings behind the composite on-camera parts of Wolf & Cub – Paul Epworth has come into focus in the past, and Tony Doogan (Mogwai/SFA) has lent a helpful hand – because unless the core protagonists possess ideas beyond ten minutes of Trash output this band ain’t goin’ anywhere soon. These Australians know a good tune when they hear one, that’s not the subject of any doubt; what is, though, is their ability to transform their influences into something other than heard-it-before so what material.

There’s potential here, for sure, but with ‘This Mess’ Wolf & Cub aren’t breaking any boundaries of indie-dance-rock whatever. File it beside the rest of this Spring’s floor-fillers and never play the thing at your own convenience.