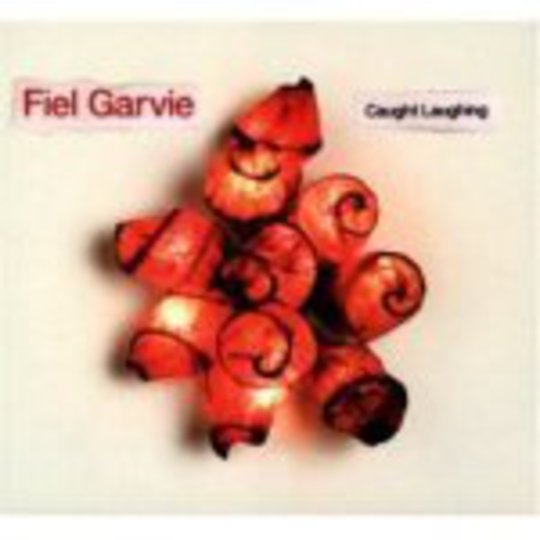 Norwich-based quintet Fiel Garvie have been pedalling acutely leftfield pop music for 11 years now – a feat which has spanned three albums and some significant international success. Caught Laughing is their third, and although not entirely new (the album’s been available internationally from April last year), it’s only now found a UK release.

Now, the phrase ‘dream-pop’ might scare some away before giving it a fair listen. In this instance, though, I’m using it to describe the mood exuded from the sound rather than to lump it in with the bands the term is more commonly associated with (Cocteau Twins, Slowdive). Fiel Garvie bring together slowcore with sleepy electronica, pop music and post-rock in an abounding collage of dreamy instrumental motifs and unconventional vocal techniques.

Although there’s no doubting that Caught Laughing sounds lovely, it all feels a little insubstantial. For the most part, these songs pass you by without doing very much at all. When they try to break out of the subdued musical dormancy, it sounds calculated and forced. Anne Reekie’s abstract vocals are strikingly forward in the mix, and it often undermines the talented musicianship. Occasionally her vocal techniques work though, like when she shows an adoration of Elizabeth Fraser-style harmonies on ‘Off and On Again’.

It’s not hard to get lost in Caught Laughing’s snug blanket of instrumentation, but Fiel Garvie would warrant more praise if they were more adventurous with their sound. They could be brilliant – heart-achingly beautiful and emotionally stirring – but at the moment, they’re merely settling for good.