A Hand Full Of Hurricanes 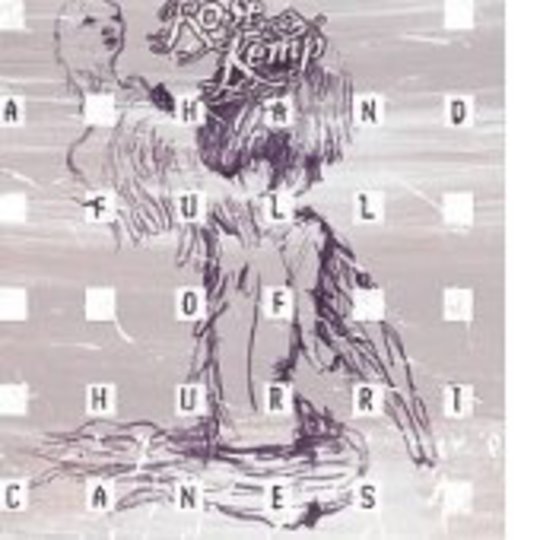 With a pedigree steeped in musical folklore (literally), one would expect Rose Kemp to be pretty much the accomplished finished article, which for someone just turned 21 isn't pretty bad going.

By the same token, it's this weight of expectancy that could ultimately prove to be a continual millstone around her neck. Because of her heritage and dexterity the time for nurturing and development has long since passed.

There's certainly something that hampers A Hand Full Of Hurricanes from being a great record, that's for sure. As debut albums go, it isn't a bad starting point. There are numerous instances where Kemp's sinewy, rasping vocal rises above the rest of the pack - most of whom are admittedly ‘rediscovering’ their street side at present - while some of the instrumentation is somewhat unexpected for a record of this nature.

It's therefore difficult to pinpoint why A Hand Full Of Hurricanes is only half the record it could be, particularly as the contrast in musical styles throughout also make a refreshing change from the normal singer/songwriter path.

Opener 'Little One' and recent single 'Violence' both contain moments that would fit as easily on a Muse record as they would say, a Regina Spektor LP; indeed, Spektor is possibly the most plausible comparison (vocally at least) you will find to Kemp. The anthemic 'Metal Bird' has an almost prog-like feel about it, changing its direction from a mellow acoustic jaunt to an overloaded trajectory of infused noise with the pluck of a top-string.

There are other moments where Kemp really does come into her own, most notably on the delectable strains of 'Morning Music', where the reality of a one-night stand hits home ("'Cause I am cheap and you are weak"). Likewise 'Sheer Terror', with its mainly autobiographical but slightly prophetic viewpoint ("I've already resigned my body to fate"), becomes one of those dark alleys few dare to tread at first but ultimately return to time and time again after the first visit.

Basically, the best bits on this record are strikingly audacious and hint that, given time, Rose Kemp could become one of the UK's most unconventionally creative solo artists. At other times, though, the record is meandering and disorientating for both Kemp and the listener. Once she's found her own true direction, though, the future should be Rose-y.