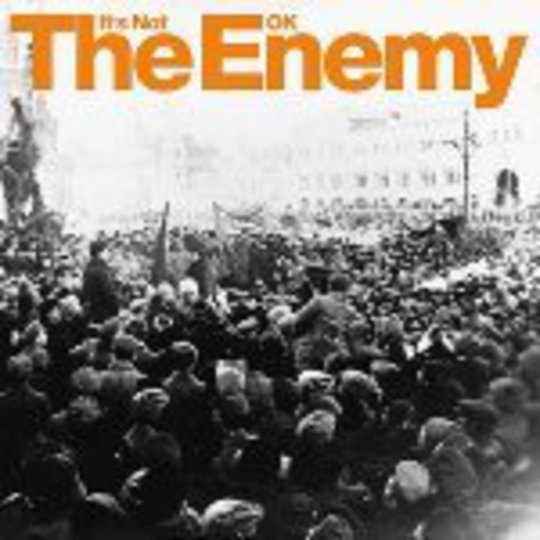 "We'll live and die in these towns," boasts the slogan on the back of the sleeve. Who are we to argue.

Whether bands like The Enemy would exist without the likes of Arctic Monkeys is open to debate; the fact that the ink was barely dry on their recording contract before their mugs appeared in one or two tabloids probably sent the scept-o-meter up several notches, too.

If it wasn't for the fact that The Enemy do have several spanking tunes in their possession - tunes such as this rabble-rousing call to arms - they'd be a lost cause in many cooler-than-thou circles. They probably already are to some, who won't give their songs a chance.

If you're one such person, it's your loss: 'It's Not OK' has all the hallmarks of In The City-period Jam combined with the smalltown mentalism of The Specials. As diatribes attacking the mundane and humdrum go, this sits up there with the best of 'em.

With The Enemy, Coventry has something to brag about besides being Lady Godiva's ghost town full of ex-Peugeot employees.

A Hand Full Of Hurricanes