A Day Another Day 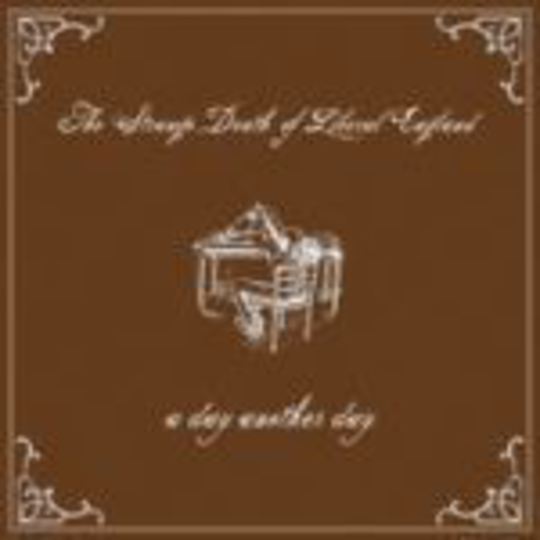 If every book was judged by the illustration of its cover, we'd probably be a nation of semi-literate mutes. Likewise, if a piece of music resembled nothing more than an elongated version of its introductory sequence, most of us would switch off by the second verse.

Of course there are some artists who believe in the power of deception, and that’s never more evident than on The Strange Death Of Liberal England’s debut single, 'A Day Another Day'.

Beginning with a hypnotic xylophone mantra, the opening 30 seconds really give no indication as to what is about to be unleashed. In some ways it almost feels like a secondary school music lesson, as instrument upon instrument is added to the equation, not necessarily in the order they were meant for, and undoubtedly in a fashion that would make classically trained musicians wince.

What this really means is that all rule books and formulas are discarded, and so before your eyes and ears an experimental montage of sounds and styles that should not work bond together with the consummate perfection of an experienced orchestra to create something that sounds so unimpeachably huge it would probably need at least three cranes to shift it. Not that anyone would want to...

Within all of these adventurous sounds lurks a curious-yet-eloquent little masterpiece that culminates in the band as a whole announcing "We Are Bandini!" like a gathering of gratuitous architects celebrating the unveiling of their most recent sculpture. Which I suppose, in a way, 'A Day Another Day' is.

As debut singles go, this really is as ambitious a record as you're likely to hear all year, and at last those usually inept comparisons with the good and the great (in this case Arcade Fire) are more than justified.