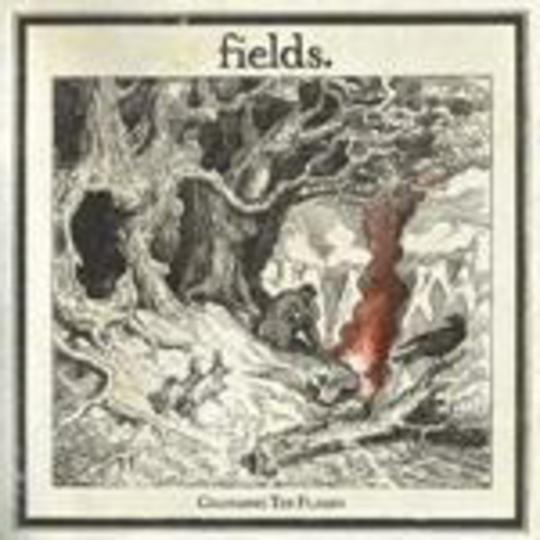 It’s easy to understand the kerfuffle that made* Fields *a major-label interest in 2006 – of all the bands with the potential to ‘do a Snow Patrol’ over the past few months, this London five-piece’s FM-friendly distillation of folk and college rock influences has perhaps looked most likely.

But ‘Charming The Flames’ finds Fields in something of a quandary, throwing streamlined rock shapes that should land them squarely in Top Ten territory, but failing to pack in the kind of heavyweight hooks needed to seal the deal. If you’ve heard them before, you’ll know the drill – the A-side is a blustering slice of widescreen rock with a post-shoegaze sensibility, all vague, sky-kissing sentiments and even vaguer intimations of a sensitive nature at work, like a choir of annoying teenagers boasting about the anti-depressants they were never really on.

The B-sides fare a little better. ‘Cold Hearted Machinery’ is an eerie, folk-tinged shuffle, while a cover of My Bloody Valentine’s ‘When You Sleep’ proves engagingly sweet, even if it inevitably lacks the disorienting, druggy swirl of the original.

After which, there’s not much left to say. If you want to see some skinny white kids’ woolly introspection propelled skywards for the umpteenth time this millennium, buy this record. If not, I’m sure you’ll join me in extending it a hearty ‘meh’.