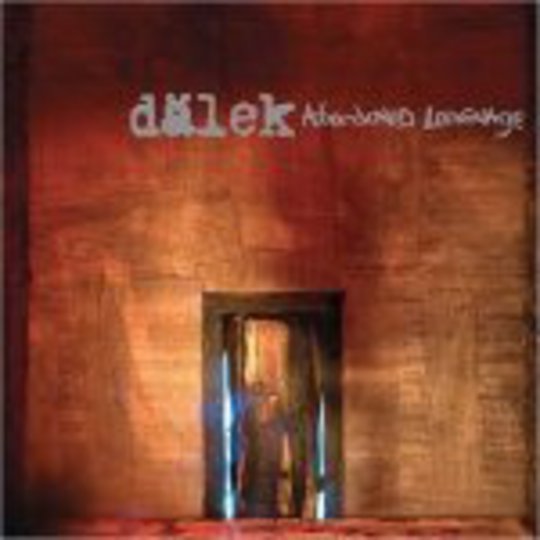 Although I wouldn't put Dälek's 2004 long-play release _Absence close to my top five albums of all time, it is one that’s more important to me than any other I own. Its blistering beats and stream-of-consciousness rapping reignited my love for hip-hop after bling and bullets had covered the genre with so much false sheen that there was hardly any music at the heart of it. It reignited my love for balls-to-the-wall metal after it seemed Mastodon were the only reason left to slip on a black t-shirt. Along with Saul Williams’ self-titled offering it reassured me that some artists actually had something worthwhile to say. Fast forward three years…_

New Jersey-based duo Dälek, a.k.a. MC Dälek (vocals) and the Oktopus (production), have always stood out from the crowd, whichever one it is you care to put them with. The pair are too brutal to be hip-hop, too beat-orientated to be labelled rap-metal, and they use enough layered white noise to earn comparisons to My Bloody Valentine. If you like your music to be smack-bang in the middle of one genre, then they will never be the band for you. Their MC’s offerings have become much more than the work of one man, and Abandoned Language is a much more direct affair than its predecessor. It owes a great debt to the spirit of African-American revolutionaries The Last Poets and the visceral delivery of gangster rap godfathers N.W.A., and it tones down the sheer volume that serrated their previous release.

The eponymous opening track clocks in at just over ten minutes and rides on Oktopus’s relaxed beat and low-end synthesizers; the instrumentation comprises a complete contrast to MC Dälek's rap: "Turn the page motherfucker ‘cause the story’s all scripted / six hundred years ain’t a fucking thing different". The shrieking wall of noise is still there, but it lies at a lower level and takes on a melodic form, accompanying Dälek's vocals instead of suffocating them. Later, on closer 'Subversive Script' and 'Isolated State' – arguably the most harrowing of their tracks since 1998 LP Negro Necro Nekro's ‘Three Rocks Blessed’ – Oktopus’s melodies become even more distinguished, with echo-soaked snare hits, deep pulsing bass-lines and blissed-out string samples lacing around each other. The result is a strange, serene beauty amidst the bleak atmosphere that cloisters the album.

In between this, Oktopus offers periods of minimalism and heavily effected samples. On occasions these blend in and out of Dälek's flow well; at times though, such as on fifth track 'Lynch', they begin to grate, and it’s tempting to hit the skip button. Yet these points are pivotal to the flow of the album, and one of the things that sets Abandoned Language apart from other hip-hop albums is that it needs to be listened to as a single, cohesive piece of work. There are no 'hits' or standout tracks that will make their way onto radio playlists, no matter how much editing is undertaken.

They may lose several fans drawn to them through other bands on the Ipecac label (home to Isis, Hella and Kid606) and via their previous, more intensely avant-garde releases, but Dälek have never been ones to care. Their music is a statement, as foreboding as any ever made, and whether you nod in approval or sneer in derision is irrelevant. Which is lucky, as statements from the heart and the head are almost always superior to those from the wallet to the masses.