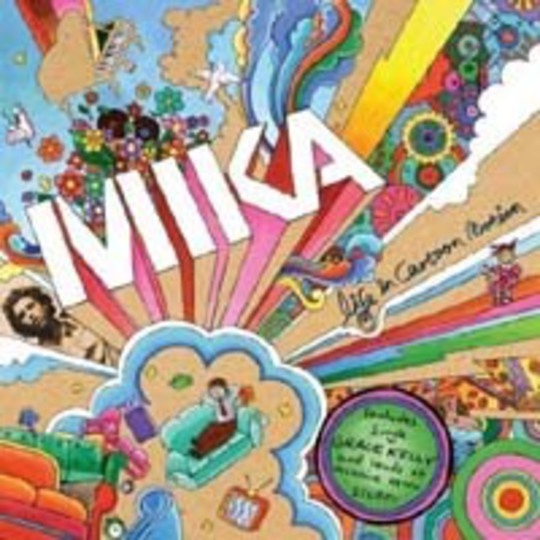 When you look like a diseased Leo Sayer, life is hard enough. You don’t need to release an LP stacked to the rafters with such benign saccharine filth that your coyote-ish features become a welcome distraction.

Sorry, where were we? Etiquette, protocol. Right, from the top… Life In Cartoon Motion is the long-playing debut from current chart-topper Mika. You probably won’t be surprised to hear that his hit single ‘Grace Kelly’ is the most chart-friendly track on the LP. You will be dismayed at the news that it is also the best.

Life In Cartoon Motion_ is a smug, opportunist amalgam of the vices and non-virtues of Robbie Williams, Scissor Sisters and vaudeville-era Queen. Unfortunately for Mika, it carries none of the charm or charisma of said pop behemoths. Instead, it is a bland yet infuriating set of garish pop tracks, the worst being the helium-in-a-playground rap-travesty that is ‘Lollipop’.

The worse aspect is when Mika attempts to inject humour into his songs. The best he can manage is stories about fat girls – the Queen-nuzzling ‘Big Girl (you are beautiful)’ and men who - hey - turn out to be gay (‘Billy Brown’). Or at least, you hope it’s humour…

It’s enough to make you vault from a fifteenth-storey building carrying as many of the records with you as possible. Pity the poor writer who has had to listen to this record more than once to achieve ‘objective consideration’.

Of course, there can be no such thing when a record like Life In Cartoon Motion comes around. Filled as it is with schmaltzy ballads (‘Any Other World’), kitchen-sink gloop production and half-baked disco ‘stompers’ (‘Love Today’), there can only be a sense of shame.

That’ll be millions of ‘em, then.