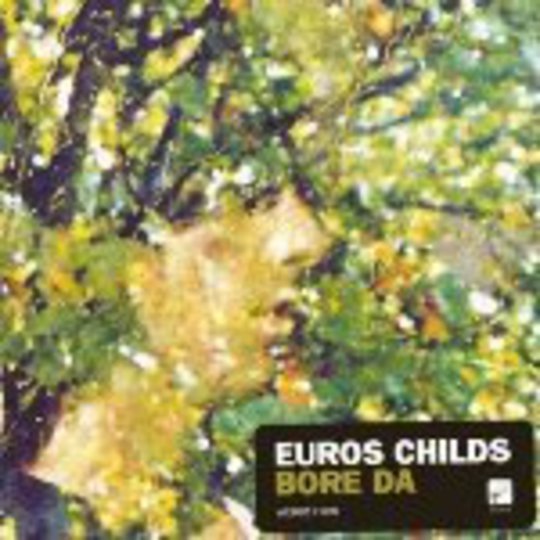 Former Gorky’s Zygotic Mynci main man turned idiosyncratic solo artist Euros Childs has, for some time now, been somewhat of an undiscovered gem in pop’s boundless basket of acts. Chops – his eclectic but somewhat underrated debut – took on a charming collection of sounds that audibly proved he could do it alone. His love for pop, rock ‘n’ roll and psychedelia were paraded in their full glory, all served in Childs’ distinctive backwards delivery.

Bore Da (Welsh for ‘Good Morning’) is his second solo album, and rather than branch out further into other avenues he builds upon the foundations he laid on Chops. Bore Da carries on in typical Euros Childs style eclecticism, and features:

• Lyrics about a cross-dressing half man, half cockerel (‘Warrior’)
• An outspoken attack on supermarkets (‘Henry A Matilda Supermarketsuper’)
• All the lyrics sung in Welsh
• Some Casio keyboard action

Of course, he doesn’t solely rely on these features to drive the music. At their barebones, these are simple pop songs with Euros’ distinctive characteristics bestowed upon them. Some might see his weirdness as chinks in the armour, but really they only serve to make his music all the more endearing. ‘Warrior’ is the record’s highlight – a song which sees backing member Dylan Hughes (also of Radio Luxembourg) bashing out chords on keyboards while Euros spearheads a frenzied vocal attack on his microphone. This is followed by ‘Sandalu’, a jaunty, laid-back folk tune, which at some level displays why he is the understated gem of pop; at times it’s unconventional, but delivered with fun in mind.

Bore Da is better than Chops in as much as Childs has played to his strengths. Chops was more of an experiment, a much-needed break free from the full-band set up; here, Bore Da is a remodelling of what he already knows. It is charming, fun, buoyant, and oh-so-very Welsh. Nice work.