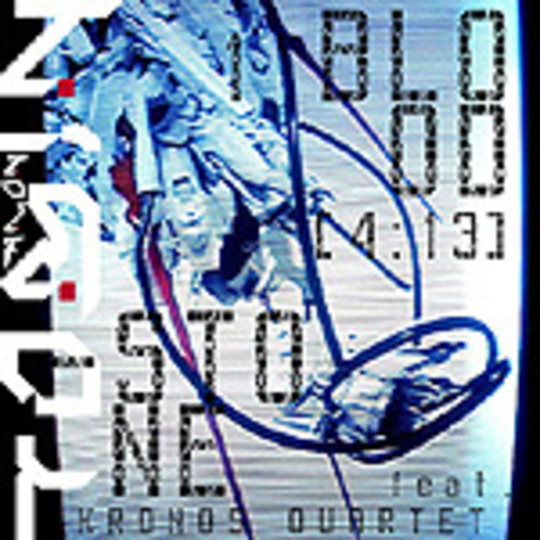 It feels like Amon Tobin's's been away for ages.

Sure, there was a pretty muscular live album in 2004 and the soundtrack to a video game two years ago. But the last time Tobin kicked out a release of studio-recorded music, which felt like he was following his own muse (rather than applying his amazing talents to fit a rubric), was on 2002's Out From Out Where. For a while there it felt like Tobin's side-projects may become his full-time gig, so the arrival of his new single, Bloodstone, is certainly good news for the faithful. Strap on your headphones...

The single opens with two A-sides, which also happen to be the first two tracks from Tobin's forthcoming platter The Foley Room (due out in March). Like the tracks on Splinter Cell: Chaos Theory OST that preceeded them (indeed as with much of Tobin's work since Supermodified) 'Bloodstone' and 'Esther's' drift with astonishing ease through the murky stratosphere where organic reality meets synthetic produce and both are awash with haunting menace.

'Bloodstone' groans into existence on looped violins and cracked baby-grand, gradually building up into a loping, melodramatic ambient piece. Then the break comes and a slow, authorative drumbeat drives the drunken orchestra to the margins like a cat leaping in amongst the pigeons. 'Esther's' is less immediately threatening, ushering the listener in on a light-hearted tinkly piano - the only sounds of impending danger are the whirring and hissing effects which loop the mix like the malevolent faeries from Pan's Labyrinth. Then a car engine starts and a buzzing, muted guitar comes surging through the center, and we're off on a pulsating rhythm augmented by industrial clangs and whines.

The non-album bait that's offered up here is the third number, 'Here Comes The Moon Man', which is reason enough to shell out for this EP. Slower and a little lazier in feel than its predecessors, 'Moon Man' opens with what sounds like a berimbau backed by a melancholic bassline and a set of steel strings stretched over a torture rack. There's a small pause, and then stuttering breakbeats enter the mix, anchoring all the disparate elements together; it sounds like junkyard drum & bass slowed down to just above chill-out level.

It's stunning to see the high-calibre of Tobin's work hasn't diminshed since his first release, and since he's always been an artist to explore and refine rather than simply replicate, there's no sense of feeling cheated by the finished article. The tracks on this EP aren't a retread of earlier work by any means, but neither are they a departure - Tobin's fingerprints are all over them. This is the sound of one of dance music's finest composers staying true to his creative impulses while broadening his ever-expanding canvas.