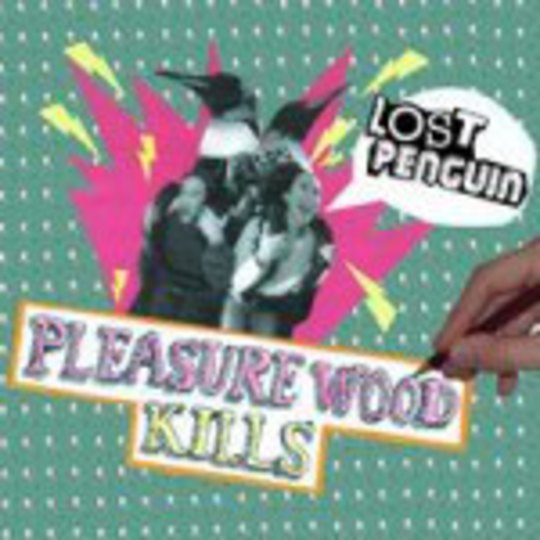 'Cool' people like Lost Penguin. Bands like Crystal Castles and Klaxons, along with DJ Rob Da Bank, say they do. Does that make them good? Or were these people held at knife point by rough-girl Glaswegian singer Charleigh Blue and made to say “we like Lost Penguin”?

The first song here, ‘Pleasurewood Kills’, begins with an exciting electronic siren and an unstoppable drum beat, joined later by a deep and buzzy bass. Such an opening suggests the song's gonna really blow away your cobwebs, but then the male/female vocals kick in and it all becomes rather disappointing.

The main vocal hooks here appear to be “up, up, up and down” and “spinning round and round and round”. As if this wasn’t fascinating enough, Charleigh launches into a classic Geri Halliwell song line: “scream if you want to go faster”. If you like listening to the sound of remedial kids with ADHD, then you may well find this appealing.

Flipside 'I Believe I Can Fly' doesn’t offer anything much different, just the prospect of actual guitars in the music. “I’m sure I could fly, I’m going to touch the sky” really doesn’t inspire. Disadvantaged R Kelly fans? Maybe Lost Penguin should try remixing other people’s tracks before writing their own.