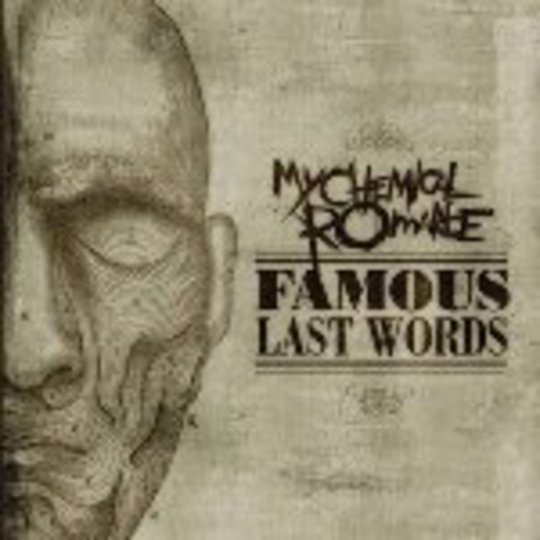 Somewhere between colouring their hair, suffering burns on the set of video shoots, being bottled at Reading and Leeds, allegedly promoting self-harm amongst teenagers and becoming the Biggest Band In The World, Newark quintet My Chemical Romance somehow found time in 2006 to record the album of their career: the ambitious, fanbase-splitting and million-selling The Black Parade. It’s all about death, you know: men of a summery disposition, MCR are not.

This, the climactic track of their current album, isn’t in the same league as the chart-topping ‘Welcome To The Black Parade’: whereas that cut was all blustering fanfare and over-the-top Queen-isms, this is a dour-faced exercise in mainstream-acceptable depression. You can picture singer Gerard Way screwing his face up as he emotes with all his might; or, rather, with whatever spirit he has left at the end of a chronologically sequenced long-player (it’s a story, you know). Sure, it’s got rock chops aplenty and is strewn in quiet-LOUD-quiet bits, but features nothing as catchy as those hook-you-in piano keys and rat-a-tat drums of its predecessor.

It’s all a little hackneyed, which is sad, really, since MCR really have pushed themselves on their latest long-player. But will an average reception of a single song affect the five-piece’s continued ascent to super-stardom? Does Pope Benedict XVI welcome gay couples into his private quarters at The Vatican?