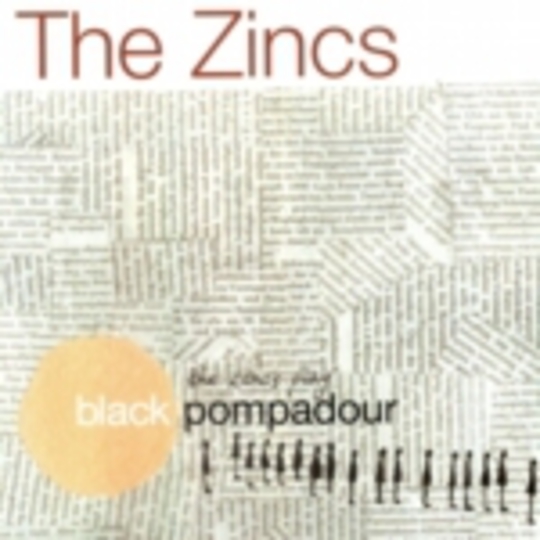 My deadline for this piece was fast approaching when it dawned on me how I still hadn’t listened to Black Pompadour all the way through. It wasn’t for the lack of trying – time after time I sat patiently with Word open and The Zincs’ third album playing behind me, yet after ten minutes I always crumbled, hammered the eject button and went to do something more interesting.

Not that Black Pompadour is depressing; it’s just a bit dull and more than a little frustrating. Led by founder (and former sole member) James Elkington, The Zincs make use of organs and a very, very clean guitar sound, alternating between amiable, jangly chord-based indie-rock, folk and other ‘soft’ genres. It’s a little like Joy Division only less pop-based and often more down-tempo, or like Arab Strap minus the slurred charm and dirty mouth of Aidan Moffatt.

Musically it’s competent, but The Zincs’ main downfall lies with the voice of Elkington himself. Through every song, he sounds almost at the bottom of his vocal range, unimpressed and reserved. Whilst at times it showcases the same casual, laid-back tone as the recent solo work of Stephen Malkmus, all too often it is more frustrating than entertaining. You see, there are points during Black Pompadour where it could leave behind its drab-rock feel and really step up a gear, if only Elkington would let it. The introductory drum roll to ‘Coward’s Corral’, for example, promises a jaunty, up-tempo adventure for all of three seconds before the vocals begin and quell the fire, whilst the seemingly ‘70s prog-inspired, swirling ‘Burdensome Son’ suffers the same fate later on.

At times the songs ache for someone to take the helm and breathe life into them, giving them some kind of direction and substance, but instead they tend to remain sadly absent of any edge at all. Perhaps though, the problem lies with the actual writing rather than execution. Elkington is joined on three songs by the soft, soothing call of Edith Frost, yet there are occasions on songs like ‘Rice Parts’ when even her excellent delivery becomes bogged down courtesy of a slow tempo and monotonous melody, each drawn-out syllable the same length.

Black Pompadour is not a bad album, it’s just flat; it’s delivered with little to no passion, meaning that listening to it in its entirety will be a test of patience for some. There is some excellent musicianship present, hidden away amongst the standard fare, should you be patient enough to find it – the guitar work on closer ‘Rich Libertines’ being the highlight – but it’s not enough to save this from being a sadly average affair and little else.