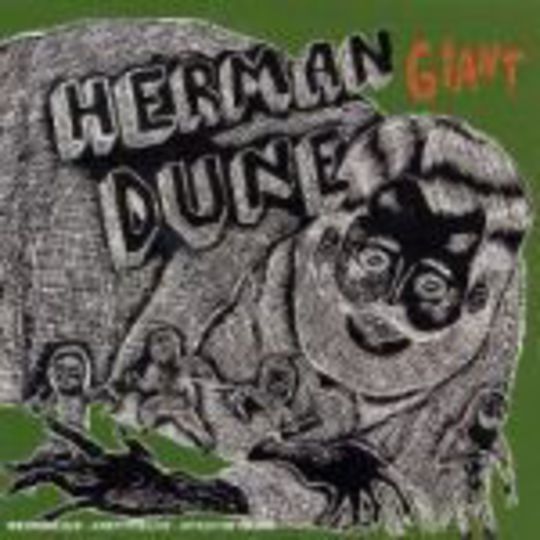 Herman Düne’s songs have all manner of wonderful features – a shaggy, cascading riff here and there, a sing-along chorus, self-deprecating, self-aware lyrics. More than anything else, at their best the Dünes (Swedish brothers David-Ivar and Andre, to be precise) make fuzzy, knowing pop music; the kind that people used to listen to decades ago, when pop meant, amongst other things, Highway 61 and Sticky Fingers.

Perhaps it makes more sense to see Herman Düne as part of a musical heritage that grew up on Dylan, Reed and the Stones, but see that lineage refracted through Jonathan Richman, whose low-key, whimsical, humane music affected a generation of indie kids. Without Richman, no Beat Happening; without Beat Happening, no K Records. No K, no…well, you get the idea. On the title track from their last LP, Not On Top, David-Ivar Herman Düne sings about driving Beat Happening singer (and K founder) “Calvin Johnson in the backseat, complaining about the car, as the radio skips from Justin to Justin”. As that last line shows, Herman Düne’s songs are seeped in a concern with autobiographical specification and the stagnating power of time, one shared by friend and fellow comic author Jeffrey Lewis – how best to make a personal mark in an increasingly frenetic, blinkered world.

In a contrived and slightly inappropriate way, part of me feels my reaction to 'anti-folk' (the genre that encompasses, amongst others, Lewis, Rachel Lipson and Kimya Dawson) must, in some sense, have been similar to people who experienced punk for the first time, 30-something years ago. I was hearing people who seemed to share the same worries and concerns as me, expressing it in a manner perfectly within my meagre means – mediocre guitar playing on crappy home recordings. Herman Düne have a song where David remonstrates with a girl stepping on a Daniel Johnston tape (“genuine from Austin, Texas”); if without Jonathan Richman’s self-effacing humanity Herman Düne couldn’t write folk-rock songs about the everyday, without Daniel Johnston the entire anti-folk movement wouldn’t have been in a position to pick up a guitar and put it to record in the first place.

All of which makes Giant, Herman Düne’s first really polished studio album, both a surprise and not at the same time. A surprise because it’s uncharted territory for a band whose music has always been schooled in the low key and homely; not because, like Richman, they’ve long written simple indie-rock tunes with a heart – better production and poppier songs simply does justice to a group who’ve always been streets ahead of their peers in terms of underplayed musicianship.

Opening track ‘I Wish That I Could See You Soon’ sets the tone perfectly for the rest of the album; it’s a bouncy, summery tune bursting with horns, jazzy acoustic guitars and girl-group harmonies. Those backing vocals are just one of several new strings Herman Düne have added to their delicately arched bow; check out the beautifully percussive ‘No Master’ for one, stripped down to the song’s skeleton. On that track Andre sings of “one of us” being “back from Israel” – references to Judaism echo throughout Giant, be it David crooning on the preposterously up-beat ‘1-2-3 Apple Tree’, “if you worship Jesus when I am a Jew / Then you will know how bad I like to be with you”, or the John Zorn-esque Hasidic horns of ‘Baby Bigger’. On Giant, more than ever before, Herman Düne let their music do the talking – confident and bombastic, woozy and swinging; “I’ve only had half a bottle, let me see the rest of it” chimes Andre on 'This Summer'. I’m tempted to advise that you buy this album and keep it safely locked away until May – so many of the songs here seem precisely tailored for a lazy summer evening.

For this record to be even better the brothers could have been more adventurous, taking their music further away from its alt-country roots, closer towards Zorn’s jazz and Richman’s fragile, innocent pop songs. Indeed, Giant could happily be three songs lighter: at almost an hour long the record begins to drag towards the end in a way the first nine songs never hint at. Richman understood the beauty of simplicity, the power of music bare enough to let you see his heart beating at the centre of his records. At the centre of Giant lies ‘Take Him Back To NYC’, full of tipsy guitars, poignant and delicately observational lyrics, perfect horns and harmonies. In fact, everything that’s great about Herman Düne. Or, should I say, the new Herman Düne.