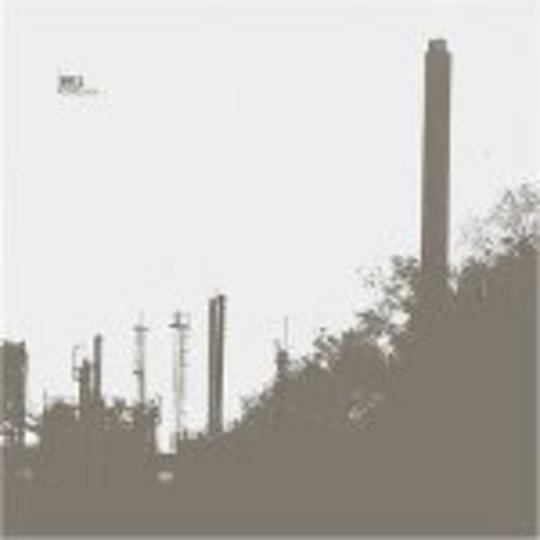 If anyone was to claim the crown of ‘metal's conqueror’, few would boast a bloodline more worthy than Justin Broadrick. During a period of around 20 years he formed arguably the most important industrial metal band, Godflesh; he enjoyed a stay in grindcore legends Napalm Death; and he has more recently produced acclaimed remixes of tracks by bands such as Isis, 5ive and Pelican. So while it may seem ambitious, impertinent even, to name an album Conqueror, it is definitely not overconfidence on the part of Broadrick, the lynchpin of Jesu.

Conqueror kicks off with the title track, a detuned riff rising like a phoenix from a translucent haze of hushed electronics. Here Broadrick's vocals are strangely dry, sticking out uneasily against the warm, cloistering atmosphere of his doom-metal squalls. It's not long before Jesu's near-trademark drone, produced in combination by bombastic guitar riffs, synth leads and understated piano flurries, covers each millimetre with near-black sound. But still Broadrick's vocals refuse to fly or even falter, and soon become an unwanted distraction.

What is most disappointing about this album is that despite the seamless blending of different elements taken from metal, industrial and electronic musical circles, there is very little progression beyond these boundaries or previous Jesu releases. Sure, the cohesive flow of Conqueror does make it a welcoming album and one that rewards a dedicated listen from start to finish, but it simply fails to tread new ground. It retreats from the bludgeoning, almost nauseating riffs of their debut release Heart Ache and fails to reach the heart-rending elegance of tracks like 'Star' from their last release, the four-track Silver EP.

Which is a shame: no matter which pool of creativity he has previously dipped into, Broadrick has always been at his most vital when not only pushing boundaries but pulverising them into shards of insignificance. In the end it is his songwriting, something that is sometimes lost amongst the waves of noise, that saves Conqueror from becoming mundane.