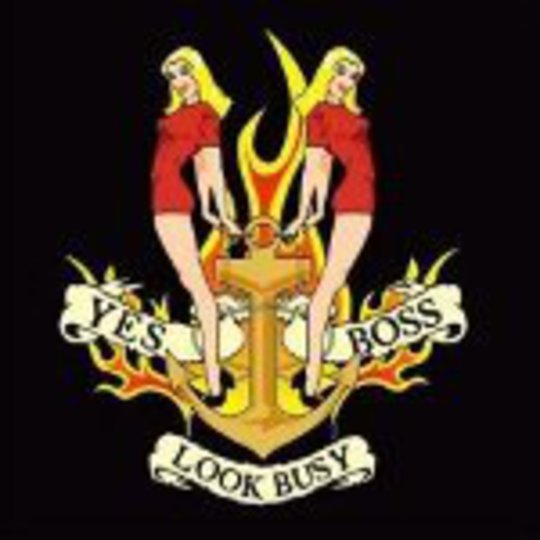 "The indie scene's pure dodgyness / 'cos everyone looks homogeneous"

Sometimes, you just know a record's going to provoke mass derision from the, uh, masses, and so it is with Yes Boss' debut. I don't just mean on here (that's pretty much a given for any post-Monkeys Northern act, after all) but with Look Busy I'm really not sure what all the fuss will be about.

Sure, they poke fun at Converse-wearers ('Indie Kids') and the music industry ('Troublin') - which, let's face it, probably accounts for the majority of regular DiS readers - but what's the problem? I mean, it's just a bit of fun, isn't it?

Not that this is going to be one of those Don't Be So Pretentious, Open Your Mind reviews. No, that's not the issue here: I can't profess to be an aficionado of either grime, hip-hop or electro - the three genres Yes Boss draw the majority of their inspiration from - but, to my ears, this isn't in any way offensive.

'Troublin', 'NYB' and the aforementioned 'Indie Kids' are three actually quite decent tunes, showcasing their beats and banter approach at its best - pacey delivery, some belly-laugh inducing rhymes and nifty bleep'n'squelch backing noise.

When the tempo drops, that's when things start to go a bit awry - 'Blow Dart', for instance, doesn't offer much musically or lyrically to the record, and 'Hospital Time' veers dangerously close to the sort of pimps and ho's territory you'd expect them to detest almost as much as the indie scene.

By no means a life-changing record, then, but I've heard far worse noises coming from guitars recently...