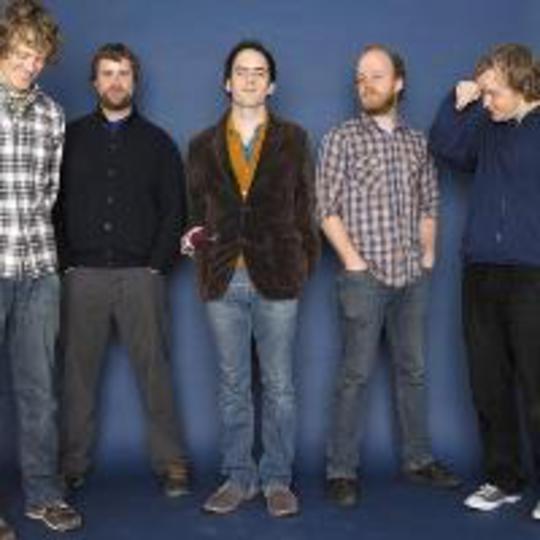 That nasal voice. Right down your back it goes. Whether or not it is to your liking it is another matter.

Alec Ounsworth has never sounded quite so delirious, nor Clap Your Hands Say Yeah! quite so progressive, as on this new standalone offering. However, it is not quite the desperate departure many have slated it as being. Whilst whirring electronics, jerky riffs and recurring absurd ramblings about alligator kisses and other such shenanigans make this the most knee-shaking moment on Some Loud Thunder, it also owes a lot to their tested Talking Heads-aping formula and the electronic drone of The Skin Of My Yellow Country Teeth than an obvious urge for discotheque recognition.

Available as a limited-edition 12”, this is presumably testament to Ounsworth’s hick disliking for the age of digital music, rather than to appeal to those of dancefloor notoriety. Though CYHSY’s more exceptional moments are their more fragile and twisted folk-tinged efforts, on an album where critics have panned their experimentation as difficult to digest, ‘Satan Said Dance’ is the most likely track to accompany some wider acclaim. Whether Ounsworth actually wants this is another another matter.

The Favours, The Wrens at ULU, Camden Town, Sat 17 Feb