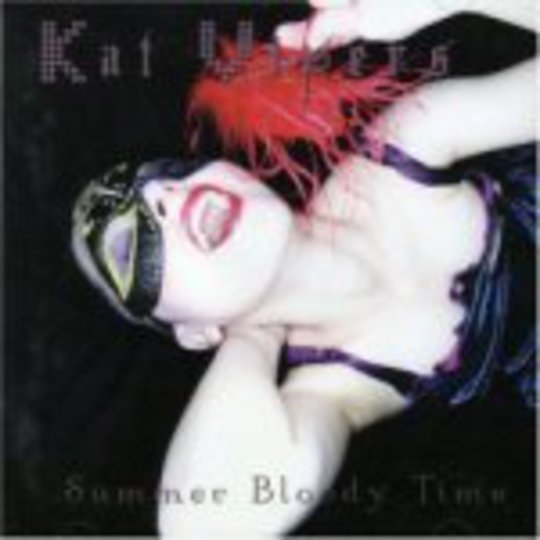 I recently encountered piano-playing virtuoso Kat Vipers on the rather brilliant Mixing It show aired on Radio 3. Although the show is diverse in the range of acts it plays, I was caught unaware by the three-minute jazz-punk confederation that was to follow. Jagged melodies follow disjointed rhythms and affronted multi-tracked vocals while jazzy piano playing is confronted by its punk sensibilities. It’s unlike anything I’ve ever heard before, which serves as an interesting proposition for the future.

I’m yet to find a musical reference point for comparison in Kat Vipers’ sound. I could be lazy and compare her to the music of The Dresden Dolls, but the music has much more scope and variety. I could pigeonhole her sound with some 1930s cabaret artist, but it’s far wilder and less calculated. ‘Pearls Of Wisdom’ – the track heard on Mixing It – is Summer Bloody Time’s highlight, and is as alluring as it is challenging. Elsewhere, ‘Freak’ delivers one of the more subdued moments on the EP, while ‘Summertime’ lays claim to a frantic exercise in vocal gymnastics. However, these moments never rise to match the EP’s opener – perhaps because ‘Pearls Of Wisdom’ strikes with such an in-your-face immediacy that is unequalled in its sonic stature.

Read between the lines, if you will: 2007 could well be very interesting for Kat Vipers.