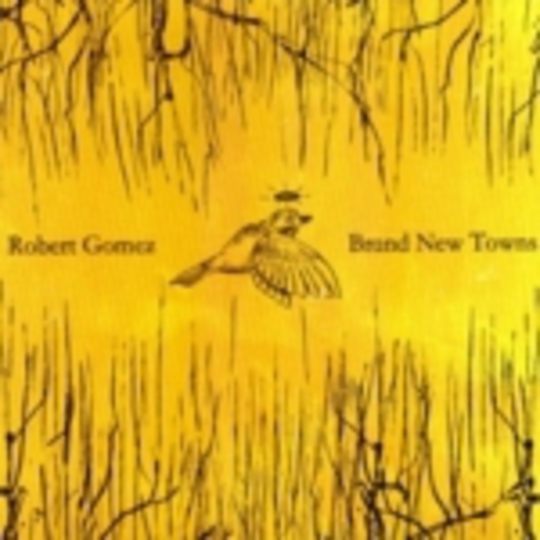 What is it about Denton? Despite sporting a population smaller than that of the Borough of Reading, the small Texan city already boasts amongst its ranks the criminally-ignored veteran indie-country outfit Centro-Matic, plus Bella Union signings Lift To Experience and Midlake amongst others. Now, they also have the swirling musical artistry of Robert Gomez.

Because musical artistry is what Brand New Towns is. Set apart from the unfortunate singer/songwriter stereotype of soppy songwriting and twelve tracks of major guitar chords, Gomez’s debut is instead forty-eight minutes of blissful musical landscapes, captivating in its depth and topped by the quiet melancholy of his soft vocals. A living, breathing arrangement of instruments and feelings, intelligently filling the frequencies in much the same way that Ed Harcourt does, the album benefits from crystal clear production from the hands of Centro-Matic’s Matt Pence.

Taking in a huge range of influences – indie, rock, classical and electronic references can spring up at any one point – Gomez is no one-trick pony. Recently-released opening track ‘Closer Still’ (EP review here) is upfront with its fuzzy guitar line, hyperactive drums, brass section and looped, reversed and delayed guitar effects not unlike that of Joseph Arthur, but is immediately followed by the contrasting, downtempo ‘All We Got’ – reclining, withdrawing and more basic in arrangement, although no less effective.

This juxtaposition is evident throughout the album, during the course of which comparisons could be drawn to Soulwax (as the tender ‘If I Could Have You Back’ mirrors the softer moments of Much Against Everyone’s Advice), the keyboard wonderment created by Grandaddy and the downtrodden-yet-optimistic writing style of Mark Oliver Everett. Yet the songs rarely commit to sounding like any of these, instead building layer upon layer on the foundations provided by their influences, until each one winds down its own unique path, with a couple of exceptions.

If there’s a criticism to be made of Brand New Towns, it’s certainly not of the musicianship, nor the ambition contained within; more the slightest hint that the hushed melancholy applied within Gomez’s vocals straddles depression a little too often. Despite possessing a tender beauty, this voice is often unchanging regardless of its surroundings, whether stranded in the eye of a storm or sat solemnly somewhere alone. This creates, in places, the tendency for songs of a similar tempo to merge into one long sigh rather than the individual breathtaking moments they should be.

But that’s only a small question asked of a grand album, and this doesn’t take long to either ignore or overcome. After awe-inducing full-length excellence from Fionn Regan and Midlake in 2006, Bella Union have started 2007 in promising fashion. It may not be perfect, but Brand New Towns’ sweeping intricacies promise a lot for the future.