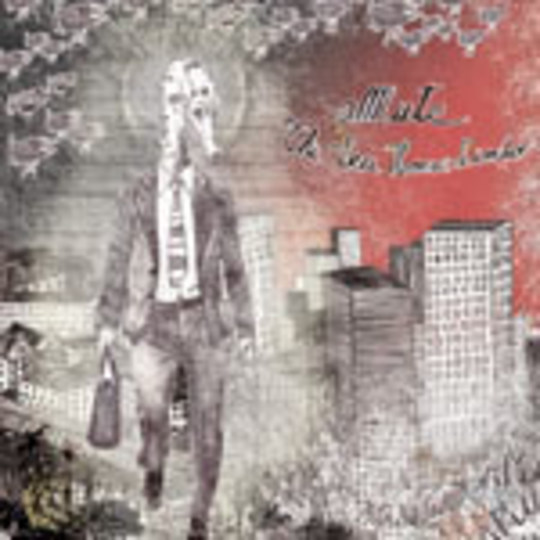 The Sea Horse Limbo is the second album proper from Brussels-based artist Jérôme Deuson under the guise of aMute – a so-called ‘anti-project’ which marries acoustic guitars with densely layered electronics and glitch. Add the cello of Jean-Paul Dessy, the drums of Stephane Fedele and a number of guest vocalists into the operation, and you get an album rich in sound, texture and ideas.

Ambient opener ‘Why Do I Run Seasons So Fast’ should be regarded as the record’s stained glass window: beautiful in its form, but not a useful indication of its insides. Take ‘Oh! Le Zeppelin’ as a prime example of the differing musical paths taken on the album: one minute it’s skipping through pop-ambience, the next it’s dissipating its route with a silhouette of contemporary post-rock. The strange amalgamation of genres doesn’t stop at that, though – you’re likely to find as much ambience as you are electronica, industrial and even folk.

One of the record’s many qualities is its freeform structure: industrial noise is followed by sparse electronics, soft-spoken lullabies and prepared cello arrangements. Add Jérôme Deuson’s own haunting multi-tracked vocals and you get a real sense of paranoia and urban dementia – the claustrophobic feeling of a need to escape from the noise and convention of the city, and out to a quiet rural Belgium.

The Sea Horse Limbo is the sound of escapism; congenial experiments of both art and the mind. Not only is it music to be heard, but music to be felt too – something which more experimental acts need to adhere to. It’s a challenging record, one that rewards its listener with perseverance. Find the keys to its many hidden doors and the record will open itself up to you.

Jérôme Deuson and the guest musicians on The Sea Horse Limbo have created an album of incredible beauty, one that touches upon more than just simple-minded experimentalism.

DJ Foundation Presents: (Have They Not Heard) God Is Dead / Sunni & Shia