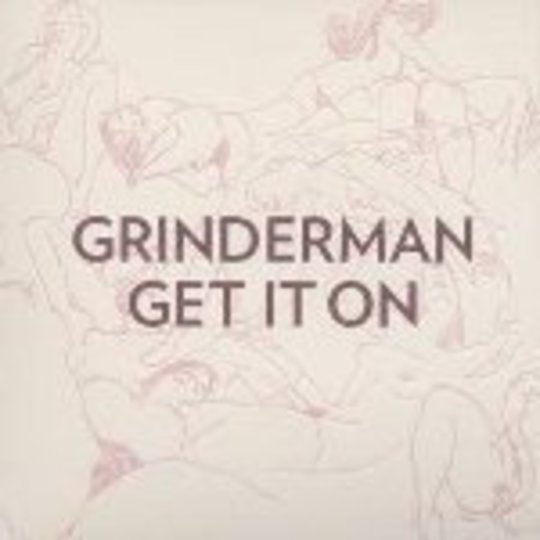 Nick Cave plus Warren Ellis, and two other guys that look like they’d rather stab you than smile politely when they meet your stare: you fuckin’ know Grinderman are gonna be the shit.

‘Get It On’ is available from your local auction site for silly money; it’s a one-sided seven-inch with an etching from Mr Cave on the this-side-don’t-play side; it fuzzes and crunches and there’s a piano or something that sounds like a dying heartbeat. There are gang vocals out of an NYC hardcore pit, slowed on narcotics and wearing ten-month beards. “Get it on, oh my baby…” and a series of chants about monkey fingers and panther piss and… shut up! These guys are messiahs of this rock and roll game, dude. Who cares what they’re saying.

Nick Cave could sing me my shopping list and still sound like a hard-as-nails trenchcoated contract killer with a marshmallow heart, all steel and grit on the outside and melted gooiness on the inside. Here he plays his cards with a straight face, and ‘Get It On’’s complete lack of vulnerability is terrifying. If there’s any tenderness beneath Grinderman’s cloak of hostility, it’s being reserved for the album.

In the meantime, get your eardrums punctured by this just as soon as you can.