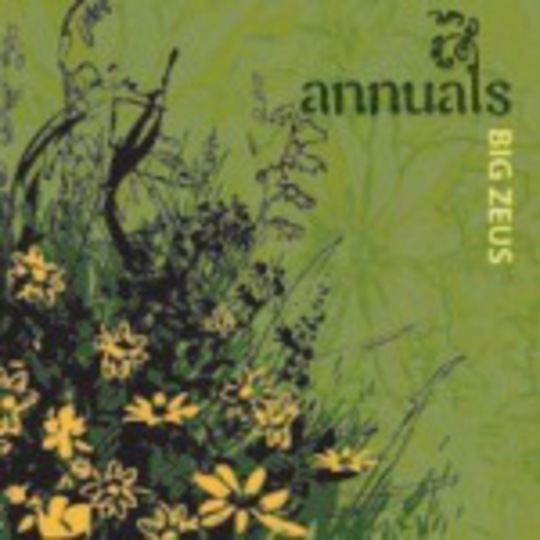 You know what I've always hated? People who go round proclaiming how 'crazy' they are. They fill up on Red Bull and vodka, make a 'hilarious' attempt at chatting a boy or girl up, dance badly, head-butt a wall, throw up and fall into a stupor. Then the next day they spout about how 'crazy' they acted. Everyone smart enough to tie their own shoelaces without knotting their arms knows they are doing this to hide a lack of substance. It’s a front.

Annuals, a six-piece from North Carolina, are the musical equivalent of this. The first track of five here, 'Carry Around', is boring, by-the-numbers indie written in a similar vein to pre-“my unborn baby nearly died” Athlete, and all the high-pitched shrieks and glockenspiel spills that cover the song do little to hide this.

For the most part the EP continues in a similar vein, with sparks of forced experimentation failing to set fire to their wet, directionless music. That said, for the few minutes they concentrate on writing a song and shunning the effects they impress: 'Ease My Mind' is a dreamy acoustic ballad, and comprises a highlight until it becomes weighed down by bass squelches and synthesised drumbeats.

With North American support dates for The Walkmen and The Kaiser Chiefs beneath their collective belt, Annuals are already well on their way to perforating the mainstream. But they will need to put a lot more drive into their songs before they do the same to long-term memories.