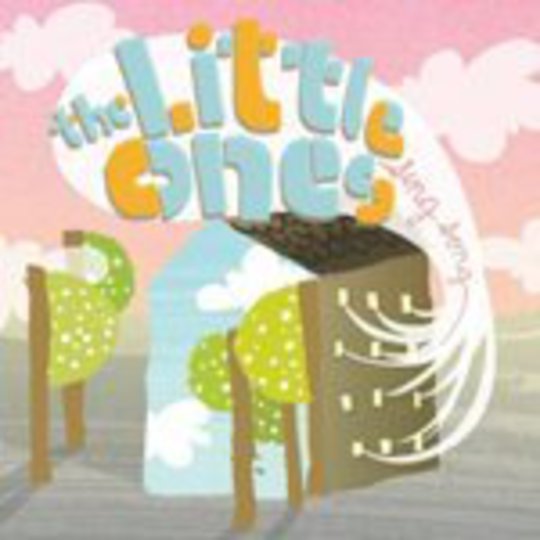 First impressions are sometimes right. Given the cartoon-y illustration on the front cover, the happy mental imagery conjured up by the EP-slash-mini-album’s title and the copyright warning in the inlay – rewritten from the standard approach to be less ‘official’ and more like a charity begging letter – I was expecting this to land somewhere between Chutes Too Narrow and Magic Numbers on the indie-pop scale.

I was close. Whilst Sing Song’s seven tracks do pack enough handclaps-per-second for both comparisons to initially hold firm, there’s much more to The Little Ones’ sound than that. ‘Lovers Who Uncover’ also shares common ground with The Spinto Band, whilst the skipping vocal pattern of ‘High On A Hill’ adds a touch of Modest Mouse; the bass-and-drums intro to opener ‘Let Them Ring The Bills’ may owe a small amount to Arcade Fire as they give way to rousing group vocals in a distinctly ‘Wake Up’ manner, and there are even touches of Phoenix in recent single ‘Oh, MJ!’.

Indeed, there are so many comparisons to be drawn between this CD and other, already-existing releases, you might wonder exactly how The Little Ones are going to make themselves heard. When you boil the seven songs down to their basic parts, there’s not a lot present that you couldn’t get from the above-listed bands, and one listen to Sing Song leaves me yearning not to hit play again, but to track down my copies of Oh, Inverted World or (the decidedly less happy) Good News For People Who Love Bad News and stick them on repeat.

Apart from that minor gripe, though, Sing Song is a decent introduction to the world of The Little Ones. The LA quintet manage to put their guitars, drums and keys set-up to good use, and the end result is slick indie-pop coated with sugary songwriting as thick as treacle. It should go a long way to securing them an audience here in the UK, and they might even be an indie-pop force to be reckoned with should they ever hit a stride entirely of their own.