Fear Of Words / This Is Vanity 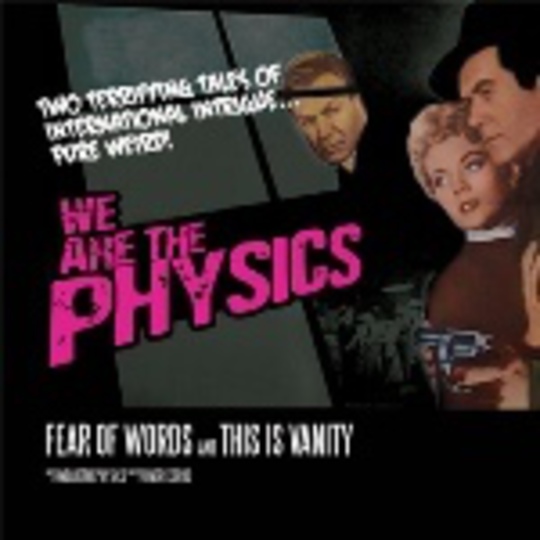 Hooray! A new band that sounds new, like they’ve just burst from a cocoon, all covered in sticky jelly gunge and their wings still wet and flimsy; this is a gentle step, a cautionary stride away from safety with four eyes over eight shoulders… but even at this early point in their life, *We Are The Physics *sound great.

This is the Scottish quartet’s second release; it twists and jerks and goes ooooooooiiiieeeee in a kinda eerie weird way for three minutes while some terrified young man recites the alphabet, or at least what he can remember, over and over before screaming absolute bloody murder. Like, “grrraaaaggghhh”, or something else the spell check’s having a seizure to. Someone, somewhere, will call this spiky – it’s not. Spikes are round with just one dangerous tip; this is aural dynamite, a threat however you hold it once the fuse is lit. Someone else will call them artsy, but that carries connotation of pretentiousness – there’s none to speak of across these two songs.

‘Fear Of Words’ is the wiry worrier, all nervous twitches and prickly hairs; ‘This Is Vanity’ is the Kaiser Chiefs-beating pop song with a hook bigger the wave that does for Patrick Swayze at the end of Point Break. It’s positively crushing.

Seriously: forget the next new whatever, and dance around the trendy scenes: We Are The Physics don’t fit your moulds and they don’t dress to impress. What they do is make the listener feel like there’s a riot going on in their ears. Brilliant.