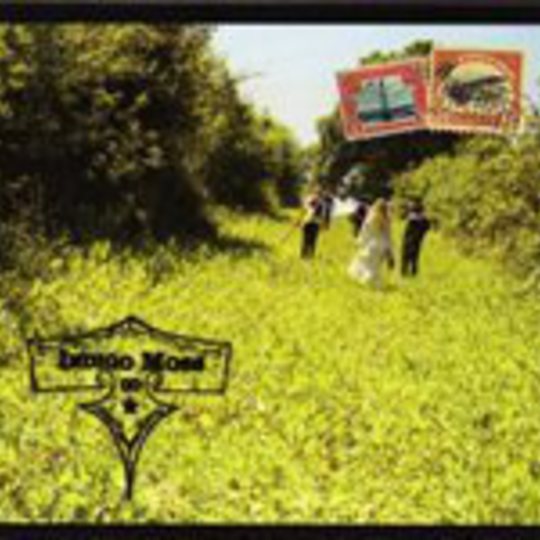 What the folk…?! Surely they’re not serious? My God, I rather think they are.

Skiffle? Bluegrass? Country? It’s all here, and it hasn’t arrived clandestinely in a brown paper bag either, but with all the pomp of a bona-fide promo release. It’s bluegrass straight from the blue hills of South London, but any track on Indigo Moss’ self-titled debut wouldn’t have been out of place on the Oh Brother, Where Art Thou? soundtrack.

First things first, whatever one thinks about the genres mentioned, one cannot escape the fact that Indigo Moss do what they do extremely well, even if one cannot erase the image of line-dancing country-folk. Hannah-Lou Moss, one of the Moss ‘family’ (clearly a gimmick as opposed to a genealogical fact), has a perfect country gal voice, one able to move easily between innocence and lovelorn via smouldering sultriness. ‘Start Over Again’ opens the proceedings and is easily the best track, although the rest of the album is generously dusted with good-time foot-tappers, strong arrangements and superior harmonies.

But is the Appalachian sound what we’ve all been waiting for? Well, some clearly think so. With the backing of an influential fan, Simon Tong’s Butterfly Recordings, and a major promotions company, Indigo Moss’ sound is clearly being touted as a next big thing. The music industry is always looking for some gimmick or another to satiate the public’s desire for novelty and make a few bob to boot, and I fear Indigo Moss might well be the fall-guys here. The crux of the matter is that one can find many a band like Indigo Moss out there: it’s just a matter of knowing where to look. For instance, spend a day at the Cambridge Festival and you’ll encounter acts just as adept and skilful, comprised of a plethora of wonderfully multi-talented musicians and singers. They just haven’t had the good fortune of being spotted one night by an established musician with a degree of clout in the industry.

Still, one could argue that a band like Indigo Moss could do a world of good for UK artists like them, and punch a hole in the fabric of the domestic music industry for others to bundle through. But is this really desirable? Do we want our airwaves and goggle-boxes filled to overflowing with skiffle and bluegrass as the record companies peddle what will be perceived as the ‘new thing’ when it is clearly a case of the emperor’s new clothes. Heaven help us, we might even have to face the possibility of a Lonnie Donegan revival, and does anyone really want that? Seriously? Think about it. Indigo Moss today, Donegan tomorrow.

It’ll happen, and when it does don’t say I didn’t warn you.