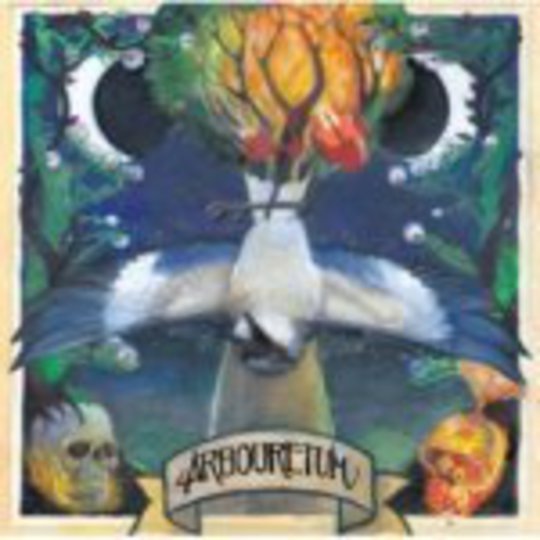 The dark alt-country ballads of Arbouretum’s second album are only likely to interest those with an acquired taste. If you’re looking for straightforward rock ‘n’ roll, then you’ve come to the wrong place.

Dave Heumann toys with ideas, sound, emotions derived from experience; but mostly a sparse soundscapes, fashioned from a basic electric guitar and drums set-up. At times, it’s doom minus the metal – down-tuned guitars without the heavy grandiosity – while at others it’s country with added darkness and '70s rock sensibilities. Rites Of Uncovering is an album of considerable scope, but that doesn’t stop it from becoming a too-dreary affair to consume as a cohesive whole.

Rites Of Uncovering certainly has its highlights, though. On 'Pale Rider Blues', the intricacies of Heumann’s guitar, bound to a monstrous bass line and rhythm section, elevates it above the rest of the record’s down-tempo modus operandi; think Sonic Youth if they went down the alt-country path, but in keeping their patented sonic bombast. Heumann’s voice is an interesting prospect in its own right: it's the sound of a barren desert, arid and eerie, but infused with a sense of its own character. However, these positives don’t detract from the lack of consistency: ‘Sleep Of Shillohan’ is a lifeless, gloomy track which only really visits the realms of lacklustre fret-wankery, while ‘Two Moons’ is a sedated percussion-laden closer which gets boring, quickly.

Rites Of Uncovering is an interesting record which holds as many qualities as it does flaws. Its persistent gloominess makes it a challenge to get through, but it was never intended to be just a simple alt-country album.