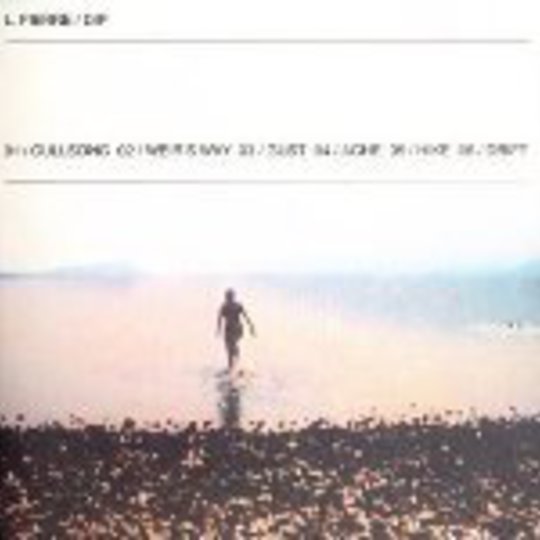 With * L Pierre * considered to be Aidan Moffat’s dance project, Dip will no doubt be written off by some as a chill-out record. But that wouldn’t at all be fair. In truth it’s a mesmerising six-song paean to the sea, an experimental concept record leaning heavily on field recordings and jazz influences. Alan Barr’s cello, Stevie Jones’ double bass and Allan Wylie’s trumpet are integral elements of the mix, rather than mere peripheral adornments.

First track ‘Gullsong’ opens with, erm, gull song, with waves lapping at the shore and layers of operatic vocal loops. Its languor brilliantly sets the tone for the record, before melting into ‘Weir’s Way’, a hypnotic ode to the constant ebbing and flowing of the tides. The operatic voices return towards the end, lending a strong sense of wholeness to proceedings. Remarkably, despite these first two tracks clocking in at over 18 minutes between them, it still feels abrupt when it all finally comes to an end, such is their great lure.

‘Gust’ follows, a short experimental piece which, on paper, has the same components as the previous tracks, but whose tone is different – more oppressive and sinister. It’s a fine preparation for the sorrowful ‘Ache’. A piece for double bass, strings and piano, it’s perhaps best described as a slightly less bleak answer to Godspeed You! Black Emperor.

As a string-led sea chanty, penultimate track ‘Hike’ is thematically very much in keeping with the record as a whole, yet its decidedly upbeat tone and, yes, cheap electro beats (this is Aidan Moffat, after all), definitely jar. Not that that’s necessarily a bad thing, of course. It’s the record’s only piece of jollity, however, as the gorgeous closer ‘Drift’ recalls the calming of the seas at nighttime. It’s another strung-out soundscape, with the ebbs and flows now more gentle and the tone now markedly more moody than counterpart piece ‘Weir’s Way’. It resembles the quiet part of ‘Mogwai Fear Satan’ in places, but shot through with the disorientation of a deep, dreamy sleep. On a boat.

Dip, then, is a hugely disarming and thoroughly absorbing album – and deceptively complex, to boot. For instance, while its heavy languidness can conjure up long, hazy summer days of minimal exertion, the recurring raucous call of the seagulls lends a very British feel to proceedings, with all its attendant chilliness.

Considering that Moffat is best known for his distinctive lyrical and vocal style, for him to deliver instrumental music of such beauty, poignancy and sheer quality surely makes him some sort of a genius. An early contender for 2007’s album of the year? Very possibly.