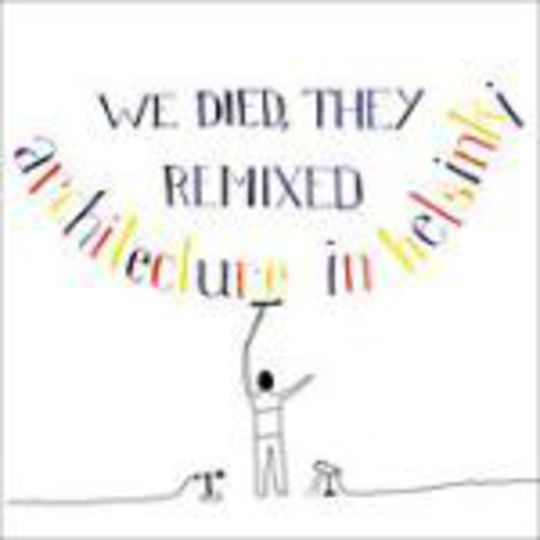 After having proven their intense lunacy with In Case We Die, Architecture in Helsinki are in a rather fortunate position. With love from the indie-pop crowd an absolute sure thing no matter what they do as long as it's cute and weird, they have now a carte blanche to do whatever the hell they want with themselves. And it's probably a bit soon to be dusting off the bassoons and angle-grinders just yet, so what do they give us? A load of weird remixes of the songs from an album that was pretty weird to begin with? Yeah! Good idea!

Inevitably, the madness is toned down and reined in. The multi-faceted nature of the original record is rather subdued here, but it actually provides a different focus – something unexpected, something you won't have heard on In Case We Die: AIH are secretly pop masterminds. On that album, it was all about the surface detail, the combinations of exotic instruments and the quirky arrangements. But take all those things away and you're actually left with some glorious frameworks. These are seized upon by the assembled remixers with deft abandon and pleasing admiration for their subjects. 33Hz's version of 'It'5' is particularly appealing, proving it works as a funk song re-written by The Rapture via Hot Chip, who themselves do a sterling (if overlong) job with 'Do The Whirlwind'.

With that in mind, the one element that continually takes one by surprise with this collection is the range of interpretation. Whereas remix albums are traditionally the stuff of masturbatory back-slapping (if that's even a concept), We Died, They Remixed has a genuine air of experimentation. Yacht's 'Nevereverdid' is shorn of its original manic shamanisms and psychopathic tempo changes, instead re-born as a luxuriant and dramatic series of clangs and wispy string solos, followed by an acid freakout. Now that's taking your source material and really shitting it up. To polarise, New Buffalo's treatment of the maddest track on In Case We Die, 'The Cemetery', is skilfully moulded into the kind of piano-trickling hyper-ballad that Yo La Tengo would be more than happy to call their baby.

In short, there's a lot going on here. If, like most people who heard it, you've become strangely obsessed with AIH's record, you should buy this. There are some true delights hidden in amongst the spazzed-out disco prevalence, it's merely a case of weeding them out from the majority of extremely hip and rather danceable fodder here. Pleasingly more involving than the majority of remix albums designed to fill between-album gaps, this will more than do until album number three.

The Photos On My Wall