This Ain't A Scene, It's An Arms Race 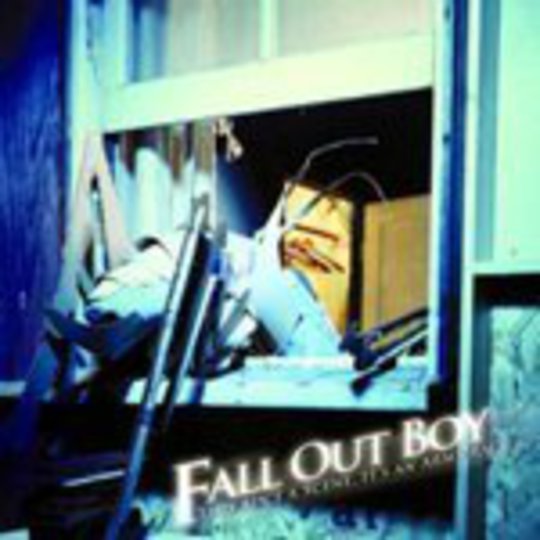 We’re all for reinvention here at DiS; heck, we embrace it like a brother. Nothing pleases us more than when Band A morphs into Band M via X and Y between albums, particularly when the band in question is supermassivesuccessful. But this… this is amazing.

Fall Out Boy have benefited from a fair-sized slice of luck – their last long-player, From Under The Cork Tree, spawned a couple of hits and made the band an unlikely household name. Their pop-punk-lite has rarely been grossly offensive, but neither have they ever written anything radical; they’ve lifted from their melodic forefathers and surfed ill-informed emo hype all the way to the bank, without breaking a sweat (okay, that little internet penis thing aside). A few hooks, some unlucky in love lyrics, a name accidentally derived from a sometime Simpsons character: bingo.

This is their stab at evolution, at development, at mutation: ‘This Ain’t A Scene, It’s An Arms Race’ thuds and thumps like an ‘N Sync arrangement, all bluster and bombast for no fucking reason. The repeated title lyric makes little sense – if anything’s to be taken from it, it’s that Fall Out Boy are aware that they’ve spawned a rash of successors, many of whom have creativity enough to outshine them (step forward, Panic! At The Disco) – and a spoken-word instruction to sing-along at home is just unbearable. A multitude of half-formed song structures are squeezed into just three-and-a-half minutes, but the result’s nothing like the disjointed and pompous splendour of a recent Muse offering: ‘This Ain’t A Scene…’ is a mess of muddled ideas and misjudged artistic license.

Still, at least it’s got a shit-load of whoops in it. Whether the kids’ll lap them up though, what with all the surrounding shock and bore, remains to be scene.