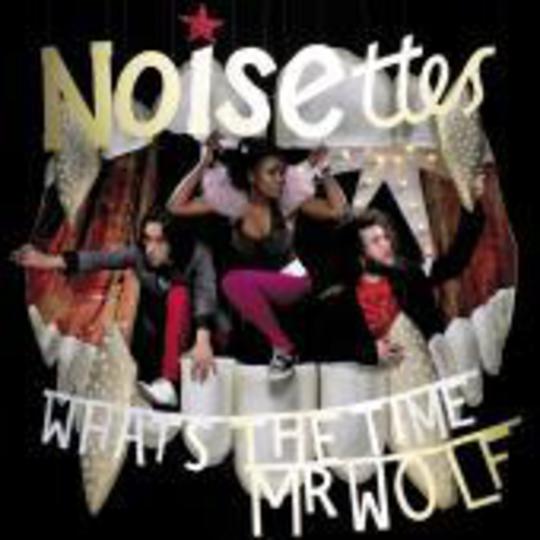 Much as we enjoyed Karen O’s transformation into a pathos-peddling rock goddess of globe-straddling proportions in 2006, some of us were left itching for a rock ‘n’ roll fix dipped in the same glitter and spunk that made Fever To Tell such a brazen thrill. Thank Christ for The Noisettes then, who’ve gone and made a spangly pearl necklace of a debut that drips with more positive mental attitude than Sting having a tantric wank. And that’s the stickiest sentence you’ll read all year.

‘Don’t Give Up’ marries Shingai’s proselytising vocal to jazzy drum fills and a riff that reeks of big, dumb sex. ‘Sister Rosetta (Capture The Spirit)’ veers between snake-hipped strut and full-blooded powerpunk surge in the bat of an eyelid, while ‘Cannot Even (Break Free)’ is bonkers, trilling chanson punctuated by stabs of bludgeoning guitar.

They’re smart enough to apply the brakes, too – ‘Count Of Monte Christo’ could almost be Norah Jones if that was human blood coursing through her veins, and hidden duet ‘Never Fall In Love Again’ is a disarming bit of whimsy like Jack and Meg at their most quietly incestuous. “Scratch your name into the fabric of this world before you go!” Shingai pleads heroically on standout track ‘Scratch Your Name’, over a chorus that’ll do much the same for your cerebral cortex.

Resistance would be about as pointless as plea bargaining at Saddam Hussein’s trial – either way, you’ll be swinging from the rafters by dawn.

This Ain't A Scene, It's An Arms Race