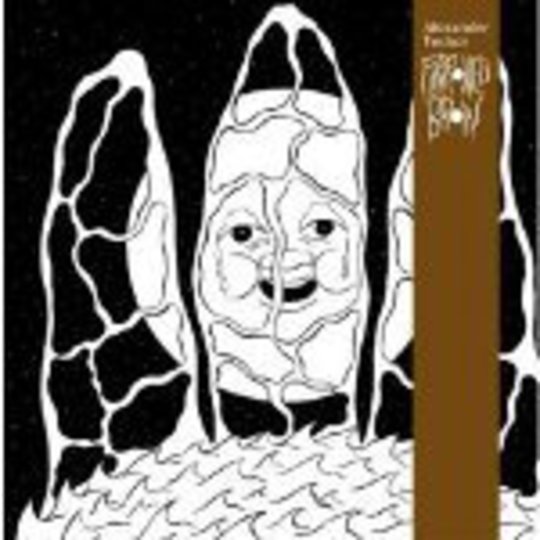 I’m not sure if this is guilt I’m feeling, or some other regret associated with never ‘getting’ an artist prior to the advent of a covered-everywhere-already (at least in respected circles) release. Alexander Tucker has performed before these eyes and ears a fair few times; each and every occasion they’ve remained unimpressed, far from moved by the experience. Perhaps the company the man’s kept hasn’t played to his favour – at one show, barely memorable in the mists of booze-addled brain smog, he played third fiddle to Deerhoof’s epic tomfoolery – but something, certainly, was previously missing from the one-on-one, in-the-flesh experience.

Furrowed Brow, though, is a delight – eerie, romantic, emotional, detached, disaffected, alien; it successfully compiles a myriad of adjectives to precede its catchall pigeonhole, folk. In his heart an experimental artist, Tucker’s dalliances with longwinded dronescapes will see many a folk purist deviate their attentions away from his work – this despite his deft plucking and affecting strumming on a couple of songs – but the variety, the richness of adventurousness, evidently abundant here is sure to convert a number of ne’er-go-folkin’ sorts to his cause.

Best consumed whole – splitting proceedings into seven, for that is the number of tracks here, disregards the neat ebb and flow of the record; it overlooks the cohesion that makes the passage from A to Z so rewarding – Furrowed Brow is without a doubt Tucker’s most accomplished foray into the recorded sphere of everything musical, a great improvement upon his Old Fog collection of 2005. The listener will wade through sludgy swamp water, glide across still and sparkling seas and be tumbled against their will from the tallest of cascades – every pause-punctuated juncture of the journey finds the magnetic compass misfiring wildly, sending the wanderer into uncharted territories. From swirling, disorientating drones to cleanly and calmly addressed strings, there’s much to love here, and much to learn from.

For those with a sense of adventure, Furrowed Brow should be the next flame their moth-like frame flies too close to. Expect these sensory receivers, these homo sapiens antennae of eyes and ears, to be switched on fully come their next encounter with this beguilingly out-of-time record’s maker.