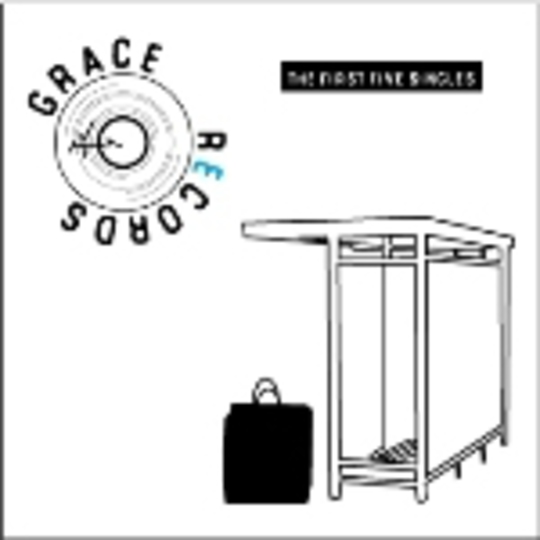 With more emphasis being placed on the DIY ethic of putting your own records out, not to mention the growing fascination with vinyl over rainbow-tinted plastic, the spirit of '76 has embedded itself in the post-millennium recording process thirty years later, as more and more bedrooms and attics across the British Isles are giving floorspace - not to mention airplay - to some of the brightest talents around.

One such organisation is Glaswegian label Grace Records, whose roster and reputation seems to grow by the day. More importantly, they aren't too preoccupied with just sticking to their own limited (albeit bigger than most) region, instead scouring every town and city for a glimpse at what's new and exciting and, until this point, relatively unknown.

Bearing all this in mind, and with the label still only being in single figures as far as releases go, they've still managed to offload pretty much all of their records to date, some of which apparently fetch silly money on eBay. This makes The First Five Singles as much a chance for latecomers to see what they've missed as a thank you to those who've been there from day one - it's pretty much what it says it is on the wrapper.

With that, you get the ace Fury Of The Headteachers' 'Fables' - a delicious, skit through noise-infused punk rock without so much as a pretentious glance - and also Linear's 'Twisted Eyes', which is possibly the best thing to come out of Birmingham since the A38 pointed that-a-way to the East Midlands.

Aside from these two gems, listen out for the Home Wreckers Club and their skewered electro-meets-post punk, and also the spiky Orphan Boy and their anyone-and-everything baiting 'Postcode', which doesn't actually mention anything to do with the Post Office but owes as much to the Slits (even as far as quoting their 'Typical Girls' in its middle eight) as it does the perhaps more obvious reference points like the Libertines and the Arctic Monkeys.

The only gripe here is that most of these songs sound like they were recorded in the back of a cab in the middle of Pollok's red-light district - which they may well have been. But then again, this isn't fake DIY, so why lose sleep over something so trivial?

An essential compilation, then, as another weekend hobby looks set to go global.

If It Takes You Home