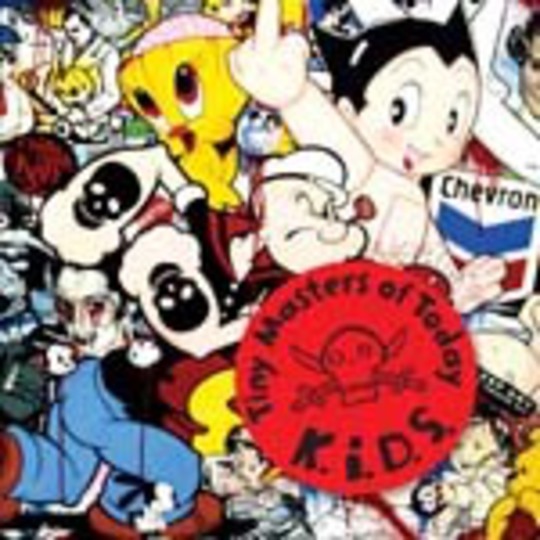 I will say it now, just so I don’t have to say it again: yes, the two members of Tiny Masters of Today are but ten and twelve years old. Wow, crikey, etc, blah. Yeah, it’s amazing – and it’s also entirely irrelevant, even if the subject matter is a vindication of childhood (“Kids didn’t start no Vietnam”). Rock‘n’roll is rock‘n’roll, no matter what the height of the figure to which the electric guitar is strapped; and this is definitely rock‘n’roll.

TMOT favour a lo-fi, gutter-punk approach; the actual notes all but buried under a wall of all-embracing distortion which just about lets the tune through. There’s also a scattershot beat; a driving, out of control momentum and more than a sufficiency of attitude; and what is more, a sense of fun. This record is two minutes and six seconds of lo-fi, high-intensity fun, with life and urgency and sloganeering and glorious edgy dumbness. It evokes images of gritty, black and white footage of all-but-riots of performances in low ceilinged clubs of dubious legality, and should be checked out by anyone and everyone with a weakness for precocious, attitudinal punk thrills.