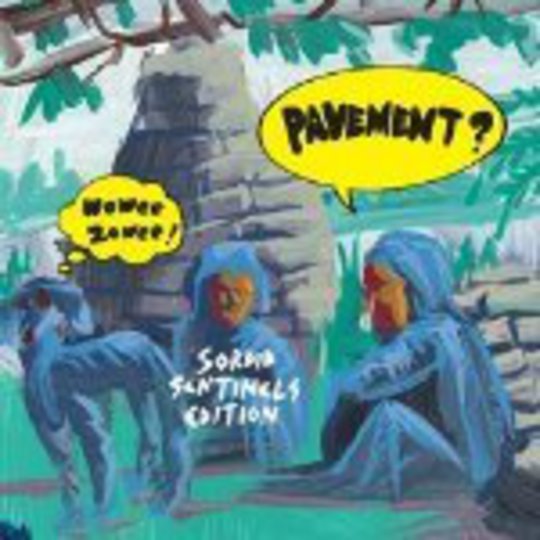 Working on the premise that the best music is that which is stripped down to its simplest form, I have until recently approached Pavement with some caution. They were the art student brethren to the visceral grind of grunge and the breezy power-pop of The Lemonheads, stuck between the two like a swollen thumb. Their square peg persona proved to be a big advantage and, just like Radiohead did during Britpop a few years later, Pavement vaulted their way into the public consciousness by being that wee bit smarter and musically ambitious than everyone else at the time.

Undoubtedly Wowee Zowee is the most indulgent record Pavement ever produced. The first time I listened to it, I marked out all the songs I figured as highlights. On the next listen, my stand-outs were almost completely inverse. It has that effect. It took me a week before I could actually tell if it was actually any good or just one big artistic folly. I’m still not one-hundred per cent sure.

Such is its profound refusal to adhere to commonly identifiable pop-song constructs, Wowee Zowee may as well have pioneered the notion of ‘fan favourite’. But it could only have achieved that status if it worked on other levels. Happily it does, and after repeated listens it progresses from baffling to intriguing, and finally to beguiling. Also, although there’s little in the way of actual choruses and anything that you’d imagine as a single has the tendency to veer off into minutes of guitar squall, real vivid moments begin to emerge. Actual single ‘Rattled By The Rush’ is one highlight, the slackerish ‘Grave Architecture’ another, while slowburner ‘Grounded’ weaves a charmingly hypnotic spell.

One thing that is impossible to ignore is just how much of an influence this band’s music has had on indie-rock since they started out back in 1989. Just for starters, please stand up Ben Kweller, Weezer (Pinkerton not that crazy a shift after all), The Apples In Stereo and more direct followers like Urusei Yatsura. I could go on.

As with their other recent re-issues, this package comes with a frankly enormous amount of bonus material, totalling fifty tracks all in. Amongst the compilation tracks, radio sessions and assorted rarities, the Pacific Trim EP from 1996 stands tall, as does the striking ‘Painted Soldiers’ which first saw the light of day on the soundtrack to Brain Candy.

1994's Crooked Rain, Crooked Rain may be the best place to start out if you’re new to the band, but once you’re hooked in you’d do well to take a little leap into the unknown and settle down for an evening with this little charmer.

This Et Al, Minus The Bear at Islington Academy, Islington, Wed 06 Dec