Songs III: Bird On The Water 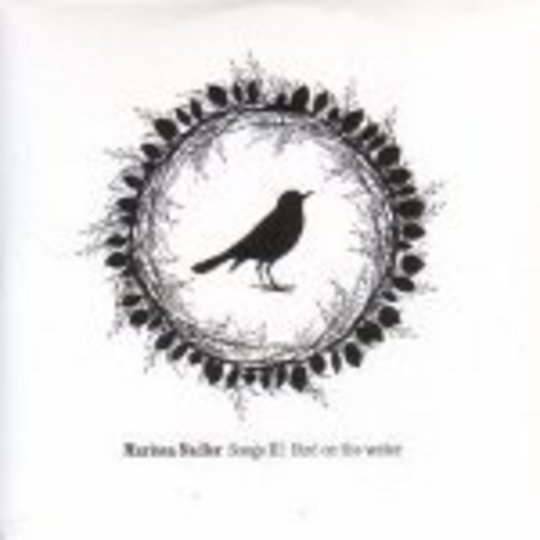 When word leaked that for her third album Marissa Nadler was planning to supplement her usual solitary guitar and ghostly reverberated vocals with an array of guest musicians, my gut feeling feared a sonic overload. As well as drowning her inherent fragility, there was the risk that the dear creature might find herself overruled on executive decisions, as perhaps elders and betters staked their claims and had their say.

I need not have worried. The lady might give the impression of being as consumptive and tragically frail as some of her heroines, but on the evidence of Songs III: Bird On The Water Nadler cracks a mean ringmaster's whip, as the resultant additions help transport her songs to great heights. A pan-potted phase of tinny whooshes and tinkling sounds encircle the head on 'Dying Breed' and complement Nadler's spacious delivery and delicate guitar picking without swamping her. All through the eleven songs, be it gently played rim-tapped drums or an occasional louche electric strum, the songs are paramount and all have subjugated themselves to the reverential tasks in hand.

Espers loan three of their players in Jesse Sparhawk, on mandolin and harp, and Otto Hauser, who supplies some highly sympathetic and supportive percussion; Greg Weeks both produced the album and adds synths, vocals and _"acid leads". Maybe one of the reasons this album works so well is because of these extended familial comforts.

Multi-tracked Marissa vocals make a cover of Leonard Cohen's _'Famous Blue Raincoat' shimmer richly, which adds to the self administered feebleness of the narrator's position in such a painful but concluded love triangle.

With her usual grace and elegant musical poise, Marissa Nadler is an important figure in the New Folk explosion, as this album attests. With her romantic tales supported by some stunning arrangements, there's beauty here that is built upon real substance.