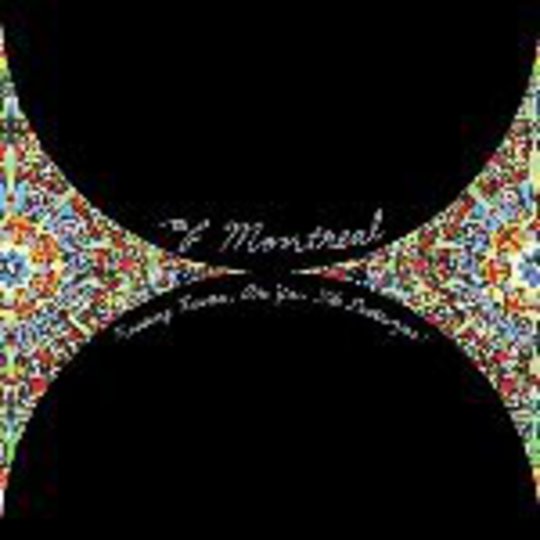 Of Montreal’s latest LP,_ Hissing Fauna, Are You The Destroyer?_, is the sound of a man using his song writing skills for personal survival. In 2004, Of Montreal mainstay, Kevin Barnes, relocated from Athens, Georgia with his wife and child to Norway; where, upon arrival, he dealt with a severe case of culture shock and depression.

Isolated from familiar surroundings and quietly living in a small bedroom, Barnes documented and coped with his depressed mental state by concocting a batch of songs strictly autobiographical in lyrical content. Lines like “Get to play with head / I won’t know the difference” on ‘Cato as a Pun’ and “I’m so touched by your goodness / You make me feel so criminal” on the eleven-minute-long ‘The Past is a Grotesque Animal’ – a glaring celebration of his wife and simultaneous apology for his difficult state of mind – reveal a portrait of an artist as needy man-child. Each word, when taken at face value, showcase the kind of fragile, emotionally desperate state more often associated with a rather literate youngster suffering from homesickness than an introspective lament coming from the brain of a 32-year-old adult.

If_ Hissing Fauna, Are You The Destroyer? _was to be judged solely on lyrics, it would crash land on arrival in a big, bloated, chaotic heap of emotional excess. But if there is one thing in this world that can elevate even the weakest of lyrics from the trough of personal diary hell, it’s a catchy melody. Thankfully this record overflows with them. Instead of pairing his sombre, hope-tinged lyrics with the contemplative acoustic navel gazing that has made the careers of a few too many fragile individuals, Barnes teams his emotional bloodletting with a thrusting mix of psyche-tinged melodies, bargain basement electro and disco-fuelled indie. All channelled through multiple harmonies that, oddly enough, periodically evoke the spirit of early Prince. It’s funky, occasionally sexy and often brilliant.

Kevin Barnes walked an artistic tightrope and emerged on the other side with an album that, while not always cohesive, does that rarest but smartest of things: it accidentally stumbles upon something that sounds surprisingly fresh by contrasting dark, emotional subject matter with music that keeps to the sunny side of the street. For that, Barnes deserves applause, even if he should have acted his age while stuck in Norway.