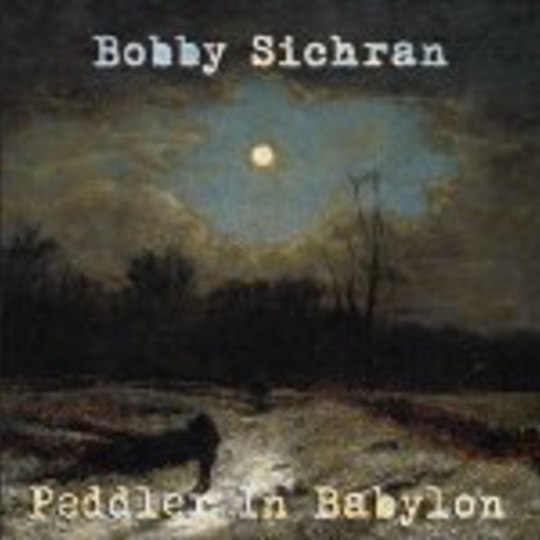 It’s got to be tough being* Bobby Sichran*. He first made a name for himself in the early ‘90s by literally knocking on Public Enemy’s door and asking if he could watch them work. Eventually becoming an apprentice studio engineer, he went on to mix Das EFX’s platinum-selling debut album. While his day job may have been focused on hip-hop, it’s his solo work that makes approaching Sichran a little challenging.

His 1994 debut album,_ From a Sympathetical Hurricane_, predates, to an extent, the folk, blues, hip-hop pastiche that eventually made a name for Beck and ‘90s alt. groups like Soul Coughing. Sony, his label at the time, apparently had massive difficulty in deciding how to market the album and, even though Sichran received praise in some circles, his musical splash was never as large as those of his stylistic peers.

Fast forward to 2007 and Sichran is taking another stab at the solo route with his sophomore LP,_ Peddler In Babylon_: a collection of songs focusing on his long lasting love affair with blues greats like Robert Johnson. Featuring little of his hip-hop roots, the only visible acknowledgment to his past is the use of heavier bass lines not normally found on more traditional blues and folk albums.

Is_ Peddler In Babylon Sichran’s moment to finally shine in critical and commercial circles? The answer to that is a resounding no. _‘Cigarettes & Coffee’ takes a half-hearted attempt at the kind of blues inflected, honky-tonk inspired song writing that works so well for the likes of M. Ward. While the sparse instrumentation on album standout ‘I Wish You Were My Baby’ combines with Sichran’s croaking voice for an effect that seems contemplatively sincere, a large portion of the remainder falls flat on its face for a sheer lack of inventiveness and individuality. Nothing here is ever less than accomplished for its genre, but it rarely transcends its roots and influences in a way artists mining similar terrain have over the past few years.

It’s a nice effort, but that’s the problem with_ Peddler In Babylon_: it’s nice, and nothing more.