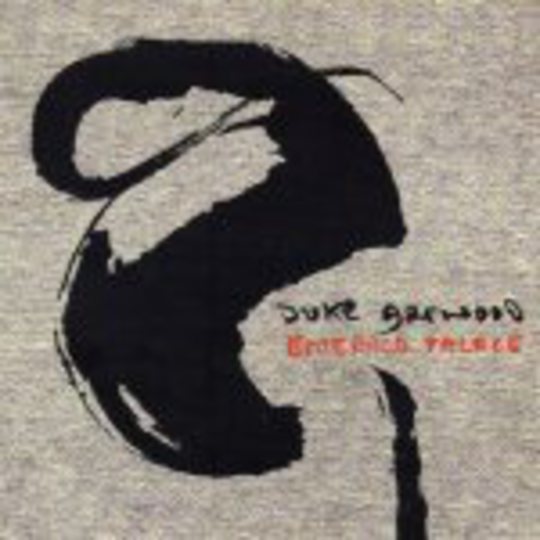 Good grief. There’s nothing more fun than putting a CD into iTunes and seeing Gracenote classify it as ‘unclassifiable’.

Luke ‘Duke’ Garwood is the sometime collaborator of Archie Bronson Outfit (he plays clarinet with the Domino three-piece) and Emerald Palace is his second release solo release.

Emerald Palace is 18 tracks of free-indie-jazz that range from the sublime to the absolutely turn-this-nonsense-off-it’s-making-my-face-go-red terrible. In other words, it's a bit of a slog.

Which is why having 18 songs on the album is so strange. Yep, it’s only just 40 minutes long, but surely it would make sense to trim the likes of ‘Shimmering Visage In The Eye Of The Black Rhino’, the two minutes of which feel like a lifetime as we are treated to a shuffling mess of percussion and battered guitars.

But then you have ‘Swans On The Water’ a beautiful Devendra Banhart-esque minute and a half of tripping guitar lines that makes you think of New Mexico bonfires more than Brixton sunsets. Yes, yes, it's jazz, but why not play to your strengths Duke? Why not make the good songs longer and cut out the crap?

So there's roughly a 60/40 spilt between the chaff and the wheat. Tracks like the above-mentioned 'Swans On The Water', the 46 seconds-long 'Flame Song' (a cheeky, finger-picked ditty) and opener 'I Can Wait', with a riff that sounds like it could've been taken from the Deadwood soundtrack, all teeter on the pleasant side of listenable. It's so frustrating, then, that by venturing into the mental side of experimental, Duke wrecks whatever momentum he builds up.

Q once described Garwood as “making Will Oldham sound like Engelbert Humperdink”. I'm fairy certain now that isn't a platitude. Emerald Palace is, unfortunately, a bit of a shambles with fleeting moments of real joy. It's a set that takes multiple listens to even begin to appreciate and as it's the equivalent of a platinum-coated nut to crack: it's unlikely many will get to its satisfying core. The only thing harder than listening to it is trying to write about it.