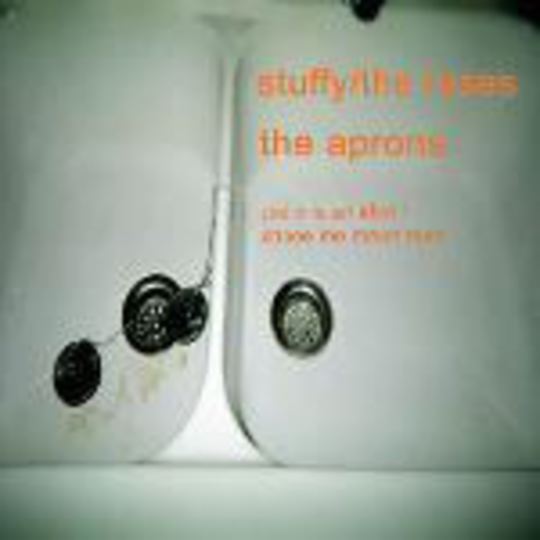 You can’t beat the good old split single, particularly when it uncovers such a drastic case of split personalities as this one.

What do you mean, “that’s what it’s supposed to be like – the bands are different!”. We’re talking about the same band here, or Stuffy & The Fuses to be precise. Obviously they’ve spent their adolescence listening to the likes of Sonic Youth and the Pixies, roped in Steve Albini to twiddle the knobs and cut the crap and ended up sounding like... an XTC student tribute band.

Not that there’s anything wrong there; it’s just that with the big build up an’ all, not to mention Beelzebub’s soundman at the controls, how did ‘Joe C (Is An Idiot)’ manage to end up so apologetically twee, hmmm? Dedicated to 'Big George', indeed….

As for The Aprons, four letter words beginning with 'T' are the name of the game, and they’re not afraid to shout it – or should that be whisper it? – from the highest rooftop, douse it in lighter fluid and torch the local Mothercare – Wendy Houses, beware.

‘Chase Me Mean Man’ comes from the same school as Talulah Gosh via Bearsuit’s kindergarten and lasts for about two minutes, meaning there isn’t time to: a) catch your breath; b) get bored; or c) worry about whether you were hearing things as Barbie, Ken and the cow that jumped over the moon all get a mention.

Shambolic, raucous, chaotic, yet bashfully innocent, which is just how we like it.